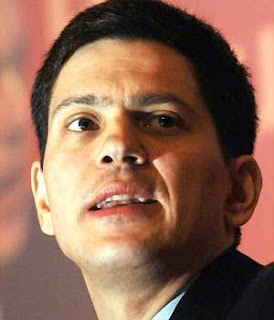 One of the central tenets of Parliamentary democracy is that no Parliament can bind another. But so powerful has the political obsession with global warming become that, in the supposed interests of "saving the planet", even that seems to go by the board.

Thus we get the environment secretary David Miliband introducing his draft Climate Change Bill yesterday with the blithe declaration that it would "tie the hands of future governments" by requiring them to cut carbon emissions by at least 26 per cent by 2020 and 60 per cent by 2050.

By the same measure, environmental groups will be able to take future governments to court if they fail to live up to this one's promise to cut Britain's carbon emissions.

This is only to be expected from a Labour government which seems to regard the constitution as an optional extra and has been known for the breadth and depth of its constitutional vandalism. But it is also moonshine. It would apply only if the proposed Act was still in force, but any subsequent Parliament could repeal the Act, rendering its provisions null and void. 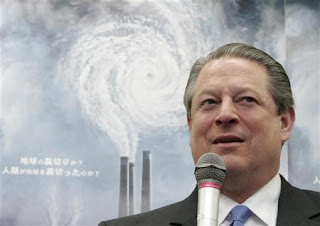 Sadly, though, this is not the first time young Miliband has gone off the rails. It was in February that he announced that the British government was to send a copy of Al Gore's film about global warming, An Inconvenient Truth, to every secondary school in the country.

Furthermore, this sort of crass stupidity is catching, with Welsh environmental minister Carwyn Jones taking credit for delivery to schools in the principality, declaring, "I doubt that anyone could now deny the reality of climate change, so it is important that we all have access to accurate, reliable information to help us understand the issue fully." 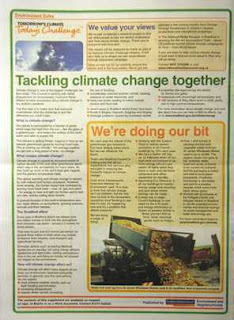 But the disease is spreading, from top to bottom of the body politic. At the top of the tree, the Conservative leader Mr David Cameron says, "We need to make carbon reduction as important as the Budget." At the bottom, we have the Local Government Association announcing the formation of an Independent Climate Change Commission "to investigate the important part local councils play in tackling climate change as well as the ways they adapt to it."

Meanwhile, local councils are spreading the word to their grateful tax payers, delivering full colour "newssheets" which record how diligently they are dealing with climate change, with such delights as "Climate Change workshops", children's theatre productions and educational workshops.

And for those who can get this far north without suffering nosebleeds, the National Media Museum in Bradford is showing Gore's extravaganza from 26-29 March. Joy! Joy!