The curse of the Eurobulb 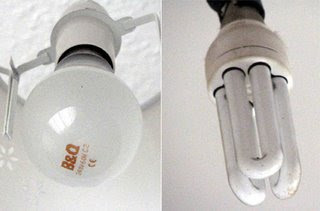 It was exactly two weeks ago when we noted that the UK no longer had the power to require the use of high-efficiency light bulbs. This, under Single Market rules, had become an exclusive EU competence.

Now, as a side deal done at the European Council in Brussels which ended yesterday, we are confronting the other side of the coin – the leaders of the EU member states, it appears, have decided that we will have to use energy-efficient lighting by the end of the decade.

Whether it is a good idea to do this is a moot point – there are disadvantages as well as advantages, but the fact that it has been decided at an EU level further underlines how much power has drained away from Parliament and the people.

Prior to our membership of the EU, such a move would have required the specific consent of Parliament – but now it is not even consulted. When the legislation is finally presented to both Houses, they will have no power to refuse it, or even change it.

This, frankly, is unacceptable – there are many areas in my own home where I do not want these high-efficiency bulbs. And while I would be prepared to accept the writ of my own elected Parliament, should it decide to ban incandescents, the same does not apply to the EU - which lacks any democratic legitimacy.

It looks as if we will have to start stockpiling light bulbs, or looking for black market suppliers, all to avoid the curse of the Eurobulb.