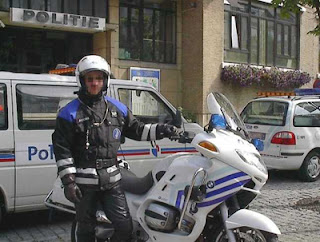 Police raids have been carried out on offices in the EU commission in Brussels, and the EU parliament, as part of a wide-ranging corruption investigation. More than 150 federal police searched the Berlaymont building and an office of an aide to the Parliament. It is understood that three people were detained and an investigating judge is to decide whether they will be arrested.

Other premises, banks, company offices and homes, in Belgium, France, Luxembourg and Italy have also visted by police in a series of coordinated dawn raids, making about 30 raids in all, targeting EU officials who are accused of taking bribes, and possible accomplices. 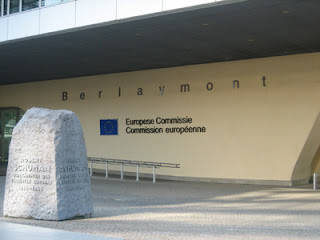 At the centre of the investigation are tenders for buildings used for housing EU commission delegations abroad and the installation of security equipment in those buildings.

According to IHT the Belgian prosecutors office said the raids, in which investigators seized dozens of documents, had taken place at dawn to ensure the element of surprise.

Prosecutors said the raids were part of a three-year-old investigation into contracts for commission housing and security equipment aimed at housing commission delegations abroad. They said investigators were examining whether EU civil servants had links to organized crime, had violated professional secrets or had breached public procurement laws.

A French police spokesman has told Bloomberg News that the case involved two Italian members of the European Parliament and an alleged connection to organized crime.

The EU commission has declined to comment specifically on the allegations. "It would be inappropriate for the commission to comment on any aspects of the investigation," said Johannes Laitenberger, a European Commission spokesman. "Until the end of the inquiry and facts are established, presumption of innocence must prevail."

"It is hard to say whether this is a case of the Belgian police trying to show off or if this is more than just action based on a qualified rumour," he said in a telephone interview. "It still has not risen to the political level in terms of its effect."