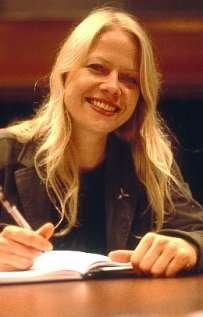 Yet another wannabe is aspiring not just to a political position, albeit only that of Mayor of London, but to being a divinity. Ms Sian Berry, the Green Party's female principal speaker (they have no leaders, a mercy for us all) has been chosen as the party's mayoral candidate.

Alas, what can a Green candidate say that has not been said by Hizonner the Mayor of LondON?

Well, there is her battle with global warming climate change; she wants more affordable housing; she wants to make London a more diverse, greener, more socially just city. Yadda-yadda-yadda. Hizonner will make mince-meat of her, although, as One London Blogger points out, she is considerably prettier than he is.

Looks apart, she is a politician from central casting and her worries about the problems "ordinary people in London" face are akin to those famous crocodile tears, as all her so-called policies would increase those worries by producing higher taxes and more regulations.

Is there some reason why no politicians is capable of at least catching up with the people, never mind leading them?