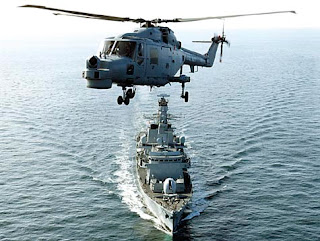 We are all human and, heaven knows, we make more than a few mistakes on this blog. However, mistakes are one thing – sheer sloppiness is another.

And that is the line the front page story in The Daily Telegraph crosses today when Whitehall editor Christopher Hope claims that: "Questions were asked in the House of Commons yesterday about whether Britain's rules of engagement in Iraq prevented the Cornwall from opening fire on the Iranians."

Although, as we reported yesterday, rules of engagement were raised by Ann Winterton, she did not mention HMS Cornwall. Mr Hope seems to be labouring under the impression that the Cornwall was in visual contact with the abducted boarding party - which is not something that can be assumed – and thus injected a reference which was entirely absent in the original proceedings.

From the very earliest, it emerged that the ship was in electronic communication only, via the Lynx, and heard of the abduction only from the helicopter.

This seems largely to be confirmed by The Daily Mail today, which, in a question and answer session, asks: "How could Iranians seize well-armed personnel?", offering this answer:

By surprise and force of numbers. The two British boats, armed with light weapons, were surrounded by a dozen or more Iranian fast patrol boats with heavier weapons. Despite the known risks in the area, the Britons were out of visual range of the heavily-armed Cornwall and a helicopter from the warship.

What the Telegraph offers, therefore, does indeed seem to be sloppy reporting, but it also demonstrates that the paper has missed the plot. As the Mail indicates, there were known risks – not least with Royal Marines having been previously abducted, in 2004. Whatever happens, therefore, there must be an inquiry as to why the boarding party was exposed to such risks.

One clue might come from an earlier piece published on the BBC website, recording an interview with the former First Sea Lord, Sir Alan West. Asked what training the (abducted) personnel have been given to help them in the event of capture, West responds: "These particular people would not be trained in counter-interrogation techniques because they are not expected to be captured."

That betrays an enormous degree of complacency which, if it is an accurate reflection of the view of the top brass, seems to verge on criminal negligence. But this seems to have passed the Telegraph by. As is all too often the case these days, when it comes to asking the hard questions, the MSM does not even look like it's in the game.