Should we be impressed by this? 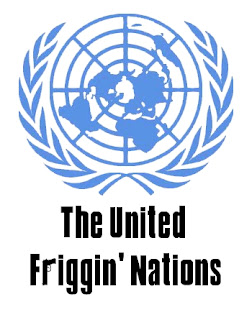 First, the good news. Well, I think it is good news, though we have not heard the average Darfurian’s opinion on this. The People’s Daily reports that:

During a press conference following his conclusion of one-week visit to Sudan, he told the reporters that "humanitarian efforts undertaken over the past three years are to be considered an extraordinary success giving the scale of the Darfur problem."

The trouble with all these statements is that there is no verification. Given the scale of the Darfur problem and given that all we hear about is the various horrors, what exactly is “an extraordinary success”? The simple existence of aid workers in the area? Surely that is anything but a success, as they are actually consumers of resources.

What is it the UN humanitarian efforts have achieved? Apparently, as in Iraq, they have become targets of attacks by various groups and militias, as well as encountering “practical difficulties relating to travel permits, visas, labor law and so on”. In fact, it sounds as if most of the efforts the UN expands in Sudan has to do with the aid workers themselves.

While we are on the subject of the UN, we have an update on the preposterous UN Human Rights Council, which as Reuters says with a straight face, was “launched last year to replace the discredited Human Rights Commission”.

Its 47 members has accepted a recommendation from a five-country working group, one of whose members is that shining beacon of human rights, Zimbabwe, that Iran and Uzbekistan should “be removed from the so-called 1503 procedure under which accusations of violations are discussed in closed-door, confidential sessions”.

Apparently, this is in line with the view of the majority of states on the Council that individual states should not be singled out for critical attention. Then who should? What exactly is the Human Rights Commission going to do if not raise the subject of human rights in various countries? Silly me, it is going to criticize the United States and Israel, just as its predecessor used to do.

None of this would matter if we did not have to pay rather a large amount of money for this malarkey.

Perhaps it would matter less if the UN and its Human Rights Council actually managed to look a little more seriously at its complete failure to do anything but criticize the United States and Israel, ignoring many millions of victims all over the world.

However, as this posting by Charles Johnson on Little Green Footballs shows, when UN Watch Director Hillel Neuer dares to tell the truth, he is abused and threatened by the Council president, Luis Alfonso de Alba, who informs us all that any similar comments will, in future, be struck from the record.

Watch the recording if you can.