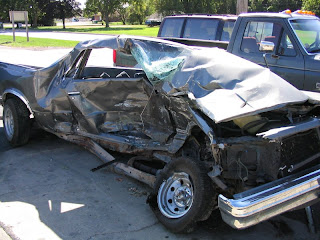 Time constraints prevented me dealing with a piece in The Times yesterday, which really must not escape comment.

Headed: "'Safer' cars are more dangerous for other drivers in accidents" and written by transport correspondent Ben Webster, it records how modern cars are much safer in collisions for their occupants than older models, but their extra weight and height mean that they are more likely to kill people in other cars.

One reason is that modern cars have much better safety features, such as multiple air bags, side-impact protection and stronger frames. But these have added weight, the study says, so that the average new car is 20 percent heavier than one built a decade ago.

The study concludes: "Improvements have come at a price: a more modern car tends to be more aggressive than an older car when in collision with another car." Thus drivers hit by the largest cars are twice as likely to die as those hit by the smallest. 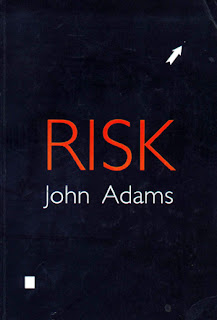 Offered as new, the only thing surprising about this it that it should be considered surprising. Anyone who had taken time out to read the superb book Risk by John Adams would immediately recognise that this was an entirely predictable outcome.

It was Adams who argued cogently that increased protection does not always end up in increased safety and, to illustrate his point, argued not entirely flippantly that the best way of improving safety would be to fit every car with a sharpened steel spike in the centre of the steering wheel.

However, such sophistication of thinking is entirely beyond the EU bureaucrats who now have sole competence for safety in vehicle construction. Imbued with their simplistic model of safety, they have for decades been piling safety devices into cars, the net effect of which is to kill people.

The worst of it is that it is more often the innocents who die – the drivers of less protected vehicles, as this survey shows, and pedestrians. That is the deal the EU offers, illustrating a thesis that has been apparent to thinking people for a long, long time – that bureaucrats kill.