"One of the most democratically representative in the world" 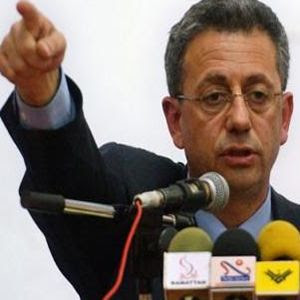 That is how Mustafa Barghouti, the Palestinian Information Minister and not a member of either Hamas or Fatah, describes the recently formed "unity" government of Palestine in an interview with Der Spiegel.

Furthermore, the last election Saddam Hussein held in Iraq actually gave him 100 per cent of the popular vote plus one. The reason, I was told by an Iraqi who lives in the United States is that Ben Bella, former Communist-leaning dictator of Algeria and a Hero of the Soviet Union, was visiting the country at the time and was asked to cast a vote for Saddam as well.

The problem is that the "unity" government was dragged together in Riyadh a couple of weeks ago after a good deal of fighting between Hamas and Fatah. Nor has that completely died down. So, in actual fact, there is some difficulty in getting people to accept that they are being represented.

Furthermore, there is the problem of an opposition. There isn't one and that is a bit of a handicap where democracy is concerned. If everybody is inside the tent, because that is the only way you can keep them from killing each other (mostly) and because that is the only way they will be able to give some dosh to their followers, then there is nobody to oppose the policies (when they finally make their way to the surface, if they ever do) peacefully.

The reason for the interview is that Chancellor Merkel is off on her travels again tomorrow. Even Blair has been known to stay in Britain for a while. What's with the lady?

This time she is going to the Middle East, to represent the EU in another attempt to sort out the mess, presumably by putting pressure on Israel to accept the somewhat unsatisfactory Saudi solution, which is, at the moment, the Arab consensus, imposed on the warring factions by the Sauds.

Mr Barghouti has a point when he insists that other countries cannot pick and choose which ministers they negotiate with but, of course, that is not the real grievance. It is the absence (well, not exactly absence, but some diminishing) of aid money that the Palestinian ministers keep complaining about. While one acknowledges that the government was the choice of the Palestinian people, there is no particular reason why we should subsidize it or the various militias that are roaming the place.

The interviewer, to be fair, asks Mr Barghouti several times whether his government is prepared to recognize Israel's right to existence, getting no straight response, merely a good deal of complaining about putting the Palestinians under too much pressure.

Chancellor Merkel can save herself a trip, surely a good thing to do from the global warming perspective. Nothing much will come of it. Germany should not start putting pressure on the one truly democratic country in the Middle East.