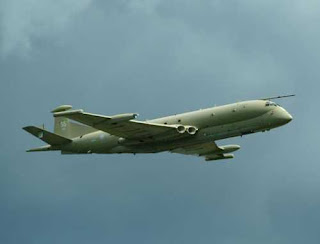 According to The Times, the decision to offer no resistance to Iran "was down to the commander of the two boats". And there was no air cover at the time because a helicopter had just returned to HMS Cornwall after watching the successful boarding of a merchant vessel.

Of this latter information, we were aware, as this is recorded by the MoD website. But, since that was the case, one has to return to the issue of why the Cornwall was out of visual contact with the boarding team, and why she did not position herself between the boarded ship and the Iranian border, where she could better detect any protential threat.

Alternatively, we have things called Nimrod maritime reconnaissance aircraft. One of these could have provided an overwatch for the whole of the Northern Gulf. But it is precisely these aircraft which we know have been used for land surveillance, backing up our forces in Iraq and in Afghanistan. Thus, it seems as if the overall shortage of assets could be having a knock-on effect right through the system, the end result being that our people are left unprotected.