We already had one of those 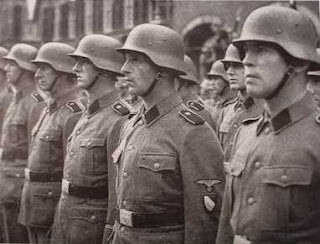 With the finesse of a six-legged elephant wearing gardening gloves, German chancellor Angela Merkel has made a call for a common EU army. This, on the eve of the 50th anniversary celebrations, comes in an interview in today's edition of the mass-circulation German tabloid Bild Zeitung, where the chancellor is cited as saying: "We must come closer to forming a common European army."

This was not, you understand, a call for the expedition of the European Rapid Reaction Force, with its own separate national cadres, but a full-blown, badged army, ring-of-stars banners and all.

Those with long memories and/or a good grasp of history, will recall that this has been tried before, and that the last impetus in that direction also came from Berlin. Merkel, perhaps, has lost touch with her roots.

However, for all the sinister overtones, this is probably less worrisome that it sounds. In an earlier piece, we remarked how Germany, post-war, tended to look for a European framework for her foreign policy and military ambitions, in order to reassure her neighbours (and especially France) of her benign intentions. On that basis, the time really to start worrying is when Germany abandons the European route and strikes out alone. 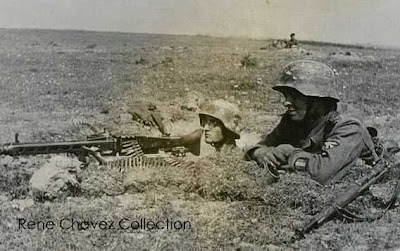 What we may be seeing here, though, is a half-way house. Traditionally, the calls for a European military come from France, with Germany falling in with the Gallic partner. Merkel may get away with it this time on the grounds that she hold the EU presidency but later repeats may not be treated with equanimity. One can see France, at the very least, with its nose seriously out of joint - and Poland not far behind.

For the moment though, while the German media has picked this up, and the India media has also mentioned it, citing the Chinese news agency, our own media is still fast asleep. The British public need not be troubled.

UPDATE: The Times has picked up the story.