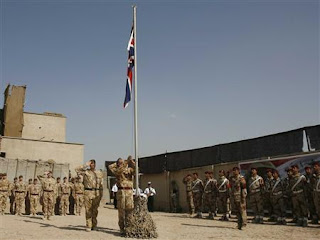 It came to pass that today, as we forecast last November, British forces handed over control of their base in central Basra to the Iraqi security forces.

This was the Old State Building (OSB), one of the most heavily attacked bases, leading to suggestions that British troops had been "bombed out" – which have been denied by the commander of British forces in southern Iraq, Major-General Jonathan Shaw. He characterised the pullout as a repositioning of his troops and not a withdrawal.

That, however, was exactly the line taken when British troops abandoned Camp Naji in al Amarah to the Iraqis last August, only to have local militias strip the camp bare in a matter of hours, effectively confirming the fact that the British were retreating. 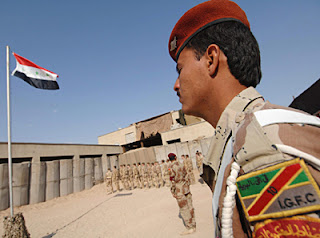 Perhaps mindful of this humiliation, British military officials are no longer talking about transferring control of Basra to Iraqis by the spring. According to Reuters, spokesman Major David Gell is saying: "Spring had been suggested but we have shifted out of any sort of timetable and are saying when conditions are right."

That, in itself does mark a distinct change in the attitude of not only the British forces, but also the government, which seems quietly, without any fanfare at all, set to take a more robust approach to its responsibilities in Iraq. Gone is the naked defeatism of the Dannatt statement and one gets the impression that there is a new determination to see the job through.

But if the Army has stopped retreating – mentally at least – not so the Conservatives. In November last, we published a three-part piece on its retreat from politics (here, here and here), with Part II in particular pointing out the failure of the Party to take defence issues seriously. 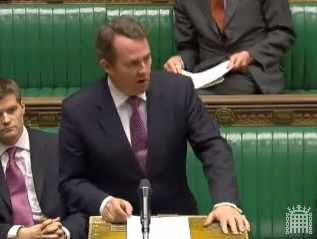 Despite (or perhaps because of) the earnest attention of this blog, the Party has concentrated mainly on the softer aspects of defence policy. This is all very well but without also setting out a robust policy for dealing with the current campaigns, the Party looks effeminate and weak.

Alas, however, the Conservatives have continued in their girlie vein, a story in today's Times telling us that they are shortly to produce a "military manifesto", the centrepiece of which is to give troops priority on National Health Service waiting lists.

This is intended to exploit high levels of disaffection among service families but it would be a lot more credible if the Tories had come up with some ideas of how to keep troops out of the grip of the NHS in the first place, by providing them with more effective equipment, such as blast resistant armoured vehicles and helicopters that worked in hot weather.

In the absence of such balance, their initiative is merely opportunism. Good politics it is not.