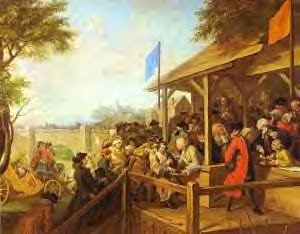 Some of our readers would already have noted that a preliminary report by Sir Hayden Phillips on the future funding of political parties has appeared today. There has even been a certain amount of agitation in some parts of the media about the problems there might be if the main political parties (others are not asked) will not agree to the various recommendations.

Sir Hayden himself makes it quite clear that this is a first report, that the desired agreements have not been reached, and that Parliament will decide in the long run (though with all three main parties not really disagreeing on some issues, that will not be much use).

I take exception to a good deal of the report, starting with the title: “Strengthening Democracy: Fair and Sustainable Funding of Political Parties”. A mature democracy needs political parties (anyone who does not believe that had better look at what is going on in Russia) but does it need the parties that happen to exist at any particular moment? Why do we need sustainable funding of political parties? If they cannot sustain themselves for whatever reason, they can disappear and leave room for other parties.

That, however, is not Sir Hayden’s approach to the matter. Au contraire.

Over the last ten years each of the major parties has experienced acute financial difficulties. These fluctuate across the course of the political cycle, but it is reasonable to conclude that there is now a long-term structural instability in the financing of political parties in this country. There is no reason to believe this will solve itself. On the contrary, it seems probable that matters will get worse rather than better. Faced with increasing pressure to spend more and a decline in regular supporter income, it is perfectly rational for parties to seek new or additional funding, But in doing so they risk further damaging public confidence in the probity and equity of party financing.

Although our political system is one of the cleanest in the world, if the public suspects that influence over parties may be bought by the rich and powerful, this can only serve to erode further the support for political parties.

Just as the public questions the propriety of large donations or loans, so there is disquiet about the way parties spend their money and the amount that is spent. In submissions to my Review, voters have expressed concern that the outcome of elections is being determined by the depth of a party’s pockets rather than the quality of its offering to the public. The problem which we must solve therefore has two dimensions: income and expenditure.

One could argue that most people have to solve those two dimensions in their lives and Mr Micawber’s wise advice springs to mind.

There is also the question as to who those voters who came up with that rubbish might be and should they not have the vote taken away from them. One of the comments Sir Hayden makes repeatedly throughout his report is that all parties are losing members, votes, money from subs, and it is this that causes the hyperinflation of donations and spending. But might there not be a different correlation? The more the parties spend needlessly, the less anyone wants to have anything to do with them. In which case, the voters are not being bought. Far from it.

Sir Hayden suggests various caps on donations but recognizes that the Labour Party might find this difficult to introduce immediately because of its historical links with the trade unions. Also, at the moment it is experiencing greater difficulties in raising money than the Conservatives and this might affect the responses of both parties.

The same applies to a proposed cap on spending and, indeed, its control. Once again, it strikes me that if political parties foolishly spend, spend, spend their way into bankruptcy, well, so be it. They will not do it twice.

Sir Haydon proposes various measure to ensure that the new rules would be transparent and enforced by a strengthened Electoral Commission (the one, presumably, that is incapable of dealing with the scandal of postal votes on demand) but the truth of the matter was made clear in the statement made by the Leader of the House of Commons this afternoon.

Talking of previous measures to deal with the problem, Mr Straw said:

In the 1997 – 2001 Parliament, the Government, with all party support, sought to tackle the problem of excessive spending with what became the Political Parties, Elections and Referendums Act (PPERA), 2000. This reflected key recommendations of the Committee on Standards in Public Life, chaired by Patrick Neill QC. PPERA introduced a national limit on campaign expenditure, created the Electoral Commission and made the funding system more transparent by requiring that all donations above £5,000 nationally and £1,000 locally be made public.

By introducing such transparency we all believed that public confidence in the system could be assured. But the recent revelations about unpublicised loans to parties by individuals – resulting form a loophole in PPERA – have clouded that transparency.

In addition, the line between local and national spending has become blurred by developments such as political campaigning facilitated by the internet and other advances in telecommunications. As a consequence, a modest relaxation of spending controls in 2000 Act at the local level has been exploited way beyond that intended by the legislation.

My guess is that whatever legislation comes out of Sir Hayden Phillips’s report, someone somewhere will find a loophole or two.

Of course, a cap on spending would make life easier for smaller parties but they are not really in anybody’s mind as is clear from the report’s most controversial recommendation (as far as most people, though not politicians and the media, are concerned). That is an extension of state spending on parties, based on their representation in the various parliaments and assemblies and membership.

Email ThisBlogThis!Share to TwitterShare to FacebookShare to Pinterest
Labels: democracy