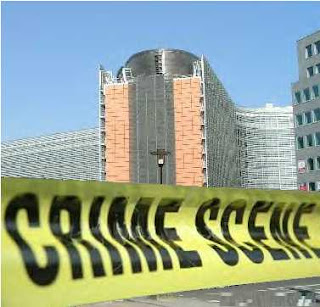 According to AFP, three Italian nationals have been charged and are being held in custody in Brussels as part of the corruption probe we reported yesterday. The three include an official working for the EU commission, an assistant to a member of the EU parliament and a businessman.

The three men, who live in Belgium and whose names were not given, were charged with forgery and using forged documents, corruption, fraud and forming a criminal organisation. Said spokesperson Jos Colpin for the Belgian prosecuting office, "There were bribes of millions of euros for more than 10 years." The bribes were paid in relation to public tenders for buildings housing "European Commission delegations outside of EU territory", he said.

The official is 46 and works for the commission services responsible for managing delegations' infrastructure. The second person charged is aged 60 and is the personal assistant of an Italian member of the EU parliament. The third person, 39, runs a real estate consortium.