Back from the brink… sort of 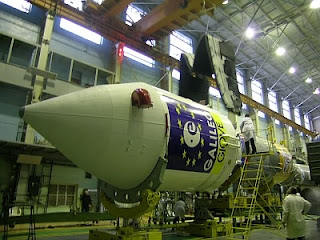 According to Heise online, the EU's Galileo navigation system has been clawed back from the precipice and will live to see another day.

As we left it, the companies forming the development consortium for the system were refusing to incorporate a company which could take the project forward.

This left the EU commission without a formal partner and no entity which could order the satellites needed to set up the system, leaving the commission to consider handing responsibility for the system to a public body – thereby virtually ensuring its demise.

If they are good at nothing else, however, the "colleagues" need take lessons from no one in brinkmanship. Thus, yesterday, the consortium capitulated and the separate companies signed the articles of incorporation of a registered company.

However, this is but one small step, and the problems affecting Galileo are by no means resolved. Forbes cites Michele Cercone, spokesman for EU transport commissioner Jacques "Wheel" Barrot, saying that the consortium's move is a "commitment, not a result".

The transport council is due to meet in Brussels today to discuss the next step, and they will find that the underlying flaws in the commercial model have not gone away. In fact, they may be intensifying. 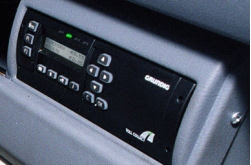 Reliable information is difficult to get but there are rumours circulating that the German road charging system – the only one in Europe so far that uses satellite positioning data to provide charging information – is running into serious problems. Unofficial reports suggest that the system is having difficulty in processing all the information and that as many as 60 percent of vehicles are escaping charges.

Income from road charging systems using Galileo is a vital component of the cost recovery plan and if they cannot deliver, then the project is in even more difficulty than its critics would have it.

Despite the opposition of key EU member states, including Germany, Chirac – out of the blue - is demanding an immediate end to the boycott of arms sales to China. Sales of weapons relying on satellite guidance, some of which would be manufactured by consortium partner EADS, would help to underwrite the costs of commissioning Galileo. With China also favouring its own system, it might help pull it back into the project, also easing the financial crisis.

That much, of course, will not be discussed openly by the commission tomorrow, and it is unlikely that anything of the current traumas will be found in the mainstream media, which has largely ignored the project. But the time is fast approaching when serious financial decisions have to be made, at which point the taxpayers of the EU member states could find themselves having to meet a rather large and unexpected bill.

Brinkmanship may then not be enough.