They call it installation realignment 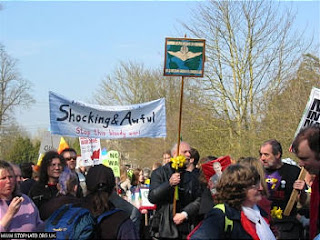 It looks a little as if the adolescents may find themselves without parental aid and support sooner than they thought. Not that the Americans are withdrawing from the European commitments they faithfully kept to throughout the Cold War. Deary me, no. They are merely realigning their installations.

According to the Department of Defense press release

With the U.S. European Command’s force structure realignment and transformation, it was determined that RAF West Ruislip and RAF Daws Hill are no longer required.

These will now be returned to the host nation though what it will do with them is anybody’s guess. Perhaps turn them into global warming theme parks.

One would guess that there will be quite a lot of force structure realignment and transformation in Europe in the next few years up to and including a complete disappearance of the force, which will no longer be with us.

It is true that in the teeth of smug opposition, Prime Minister Blair wants Britain to be part of the new Missile Defence System and several of the East European countries have also expressed strong interest, despite the inevitable and rather synthetic Russian anger. But Angela Merkel has been rather busy in her latest round of travels (she still finds it rather hard to stay at home for more than a week or so) trying to get European countries to oppose it.

No Missile Defence System and lots of force structure realignment. Well, it won’t hurt the European countries to realize that choices have to be made. It’s called growing up.