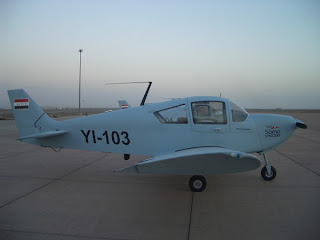 Earlier this month we picked up the fact that the British Army was relying on air support from the Iraqi Air Force, flying cut-price, militarised versions of a Canadian-designed light aircraft – the Sama CH2000 - flying out of Basra Air Station.

Through a Parliamentary Question tabled by Ann Winterton , we now learn that the support provided is no occasional outing. In the last two months some 70 sorties have been flown, backing up our Army.

In many ways, this is exceedingly good news. In the first instance, it can do no harm to the morale of Iraqi personnel to have provided such a valuable service to the British Army. Secondly, one is reassured that the Army is getting cover from these invaluable aircraft. Fitted with the MX-15 optical surveillance turret and data links, they are as capable as the Nimrod MR2 and the Merlin helicopters used for land surveillance, which are fitted with exactly the same equipment.

But most of all, with the Sama costing a mere £360,000, this proves the point that a land surveillance capability need not cost the earth – or the £14.2 million that the MoD is planning to spend (average) on each of the Future Lynx helicopters which will give the British Army the same capability as the Samas (but not until 2014). 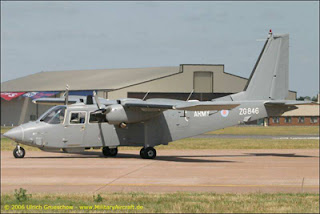 Interestingly, since 1989, the Army has been operating the "cheap and cheerful" Britten Norman AL1 Islander on surveillance duties, mainly in Northern Ireland – where so much experience has been gained on counter-terrorist operations. The same equipment, especially if fitted with the MX-15 turret, would be ideal for operations in southern Iraq, and would cost far less than the RAF Nimrods and the Merlins which, at the moment, are the only British aircraft providing this capability.

One wonders why the Army needs to relearn the lesson it gained in Northern Ireland, or perhaps it takes the view that, as long as the RAF is providing the service "free of charge" it need not invest in its own future. Certainly, any organisation that would prefer to spend £14 million on a capability that it could have for a fraction of the price cannot be said to be short of funds.