Are they fools or knaves? 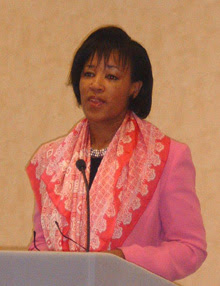 Let us have a look at the Starred Question asked by Lord Pearson of Rannoch yesterday. As readers of this blog are aware, his lordship has been pursuing the simple matter of Article 308 of the Consolidated Treaties, which gives all sorts of rights to the Council to legislate, provided it relates to the Common Market, but which is used increasingly to introduce other legislation.

In particular, Article 308 has been used to propose the establishment of a Programme “Prevention, Preparedness and Consequence Management of Terrorism” and Lord Pearson asked his question about that:

What is the justification for using Article 308 of the treaty establishing the European Communities as the legal base for the EuropeanUnion’s programme “Prevention, Preparedness and Consequence Management of Terrorism” when that article permits the European Union to act only “in the course of the operation of the common market”.

Explaining the “Legal Basis and Rationale of the Policy Instrument”, Article 4.1 says:

In the absence of a specific provision, Article 308 of the Treaty establishing the European Community is the appropriate legal basis not only for civil protection, but also for related measures on prevention, preparedness and consequence management.

Actually, as we have already pointed out (and Lord Pearson points out tirelessly), it does nothing of the kind. Allow me to remind our readers what it does say:

Clear enough, one would have thought, yet apparently not so as far as our own politicians are concerned.

In response to Lord Pearson’s question, Baroness Scotland of Asthall replied on behalf of the government:

My Lords, Article 308 does not require that every proposal using it as its legal base should relate in a narrow and restrictive sense to the operation of the Common Market. There is limited Community competence in relation to civil protection and the protection of critical infrastructure from security-related risks and damage to these interests could have an impact on economic activity and the operation of the Common Market.

That is known as stretching the truth, m’lud. After all, anything can be said to have an impact on economic activity but the common market is only one of the objectives of the Community, the one Article 308 applies to.

It is worth reading the full debate, particularly the speed with which supporters of this completely illegal activity (even by Community standards) resort to idiotic waffle about the benefits (unmeasured) that membership of the European Union allegedly brings to this country and the complete refusal to acknowledge the process whereby the last vestiges of this country’s sovereignty are disappearing.

When asked directly about that by Baroness Knight of Collingtree and Lord Vinson, all Baroness Scotlad could do is bleat:

My Lords, if there were to be an erosion of sovereignty, we would of course take it seriously. However, because the globe has changed, we have had to pool our efforts in order to face up to some global challenges. Europe together has made a much better fist of it that each of us would have done on our own.

So, I return to my question: are they fools or knaves?
Posted by Helen at 15:03

Email ThisBlogThis!Share to TwitterShare to FacebookShare to Pinterest
Labels: constitution, House of Lords