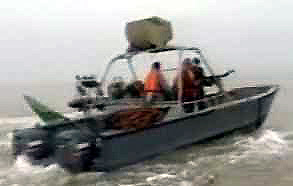 Left in the humiliating position of having nothing in the locker with which to take on the Iranians after their abduction of our service personnel, our esteemed government has been running, cap in hand, to the United Nations Security Council for a resolution condemning Iran's action.

For all we got for our efforts, though, we need not have bothered. The mighty mouse groaned and heaved and delivered what Reuters called "a watered-down statement" which merely expressed "grave concern" at the detention of the 15 British crew members, calling on Tehran to allow "consular access" to them.

Britain had wanted a call for their immediate release but this was apparently blocked by the Russians. Her ambassador, Vitaly Churkin, is reported to have told the Council, during the closed-door consultations, that Moscow would not back Britain's call for UN support.

The original British draft circulated Wednesday would have had the Security Council "deplore the continuing detention by the Government of Iran of 15 UK naval personnel" and back "calls for (their) immediate release". It would note that "the UK personnel were operating in Iraqi waters as part of the Multinational Force-Iraq under a mandate from the Security Council under Resolution 1723 (2006) and at the request of the government of Iraq."

The final UN statement, however, avoided the issue of whether the ambush took place in Iranian or Iraqi waters, leaving the British service personnel hung out to dry.

More and more, this is developing into a "Tipperary situation" - after the old joke in which a tourist in the depths of Ireland asks a local the way to the town, only to be told, "I wouldn't start from here". 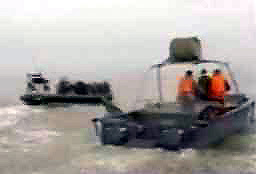 And, as more details emerge of the snatch, it has emerged that only two boats were initially used by the Iranians. Video footage has been released by Iranian television showing close-ups of one of the vessels, a small speedboat with a crew of three, armed with what appears to be a single 12.7mm machine gun.

This was hardly a formidable force and one which, with the right assets in place and an alert overwatch, could easily have been seen off. Given the enormous repercussions of the kidnapping – to say nothing of the national humiliation – questions as to how the British service personnel were so easily ambushed now become increasingly urgent.