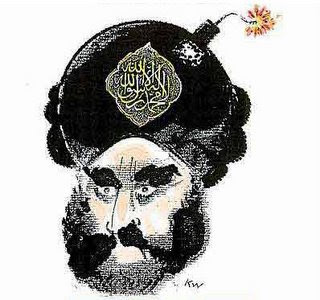 All right, I agree, it is a crummy idea to have legislation whereby aggrieved groups can sue publications because of showing disrespect to them or inciting hatred or whatever. We have laws like that, too, so need not look down on the French.

Still, the judge in the Charlie Hebdo case came through. He decided that the satirical magazine, whose circulation has, undoubtedly, rocketed since it had been taken to court, had every right to reprint those Danish cartoons.

The argument is a little odd but it will do:

The court said the cartoons published by the weekly Charlie Hebdo were covered by freedom of expression laws and did not constitute an attack on Islam in general but fundamentalists.

It would appear that both Nicolas Sarkozy and François Bayrou (the third man) have spoken out in defence of the weekly. In true politician’s style, Ségolène Royal left it to her partner and leader of the Socialists, François Hollande to do the same. That way, presumably, she could have disowned him, had the judgement gone the other way.

Philippe Val, the editor of the weekly, said, somewhat pompously but not inaccurately that this was a victory for secular Muslims as well. 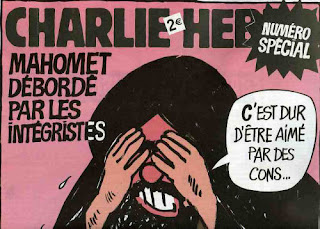 AFP reports that applause broke out in the packed courtroom when the decision was announced.

Let me remind our readers that such a case is unlikely to happen in Britain for one very simple reason: no publication or mainstream media source has yet had the courage to reproduce the original cartoons, let alone add to them as Charlie Hebdo has done.