Worthy only of contempt 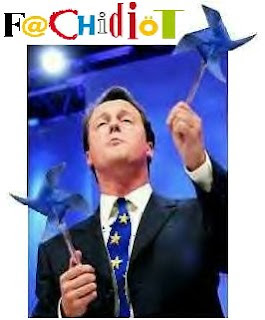 As a contribution to the debate on global warming – or "climate change" if you prefer - it would be hard to improve on the op-ed written by Janet Daley in today’s Daily Telegraph. In particular, this offering really strikes a chord:

I am not a scientist. I do not have the expertise or the qualifications to adjudicate on the conflicting arguments on offer in this issue. But one thing that is quite clear to me is that there are different authoritative views on the data, and on the extrapolations that are being made from the data, on global warming - particularly on the question of whether such warming as has been identified is caused by human activity.

Before I became a journalist, I was an academic and one of the things most rigorously impressed upon me during my years in academia was that intellectual progress can only come through argument and self-criticism. It is quite antithetical to scholarly endeavour, not to say the spirit of Western enlightenment, for researchers to seek to close down opposition to a theory or a thesis. But greenery is no longer scholarship: it is politics. The discussion has been taken over by politically driven forces with little interest in the value of free intellectual enquiry.

And that is, in our view, the core of the issue. Far from being "settled science" as the advocates of the doom-laden scenarios would have it, the causes of climate change are wide open, with nothing at all resolved. For instance, if you take just one aspect, the role of water vapour in the process, we get an enormous disparity in views.

Others argue that the effect of water vapour, in climate change is limited to feedback and has no significant forcing effect, thus simply adding to the effect. Still others suggest that it has an indirect effect and that the main cause is the reduced amount of warming solar radiation reaching the earth's surface.

Whatever the arguments, the role of water vapour is understated in the 2001 report by the Intergovernmental Panel on Climate Change and that this distorts the arguments. 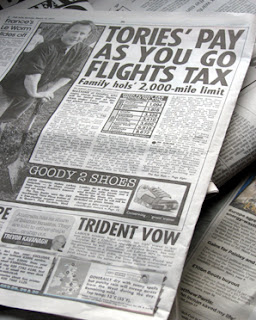 In an area of huge uncertainty, however, one fact stands out with absolute clarity – that Mr David Cameron has absolutely no qualifications for arbitrating on such a complex issue. Like Janet Daley, he is not a scientist. Unlike Janet Daley, he has no scientific background whatsoever. His A-levels were history, history of art and economics with politics, at Oxford he read philosophy, politics and economics and his subsequent work experience was in public relations.

Anything that Mr Cameron has to say on global warming, therefore, represents a belief unsustained by scientific rigour.

Therein lies our fundamental problem. The job of politicians is to manage the government, not to impose a belief system on their fellow man. In the case of unresolved scientific debates - which may or may not have serious political implications – that task includes the management of uncertainty. It is not the job of a politician to arbitrate on scientific disputes – merely to prepare a response to the undisputed facts as they emerge. 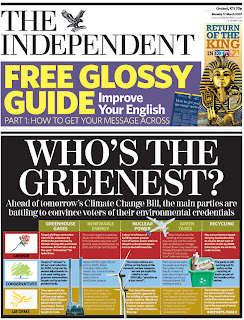 What is happening though is that Mr Cameron is hoping that the population can be convinced that global warming is the defining issue of the next general election, so that he can avoid having to deal with other, far more important issues. Thus he is creating a "greener than thou" Conservative Party which he hopes can capture the votes from Labour and the Lib-Dems.

That, in itself, is an abrogation of the responsibility of a politicians, and a distortion of the role of an opposition leader. More to the point, on a personal level, I simply will not take my science or guidance as to the response to it from a man who is wholly unqualified to give it and, for whom environmentalism seems more of a fashion statement than a considered philosophy. His posturing is worthy only of contempt.