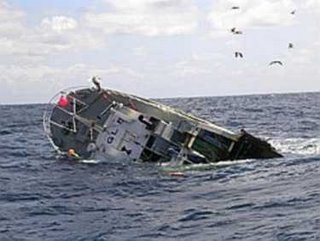 Today, in the House of Commons, the newly anointed Conservative leader, David Cameron, will face his first serious policy challenge – and he will fail.

No, I am not referring to the much-hyped prime minister's questions, but an event shortly afterwards, that will be almost totally ignored by the popular media. This is the annual debate on fishing policy which precedes the December EU fisheries council. 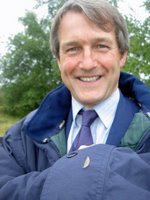 The funny thing is that Cameron will not even be there. The Conservatives will be represented by the shadow fisheries minister Owen Paterson, who is expected to be asked, not least by fisheries minister Ben Bradshaw and probably by a number of his own back-benchers, whether the new leader intends to honour the policy on the repatriation of the Common Fisheries Policy.

This is the policy that was first introduced by William Hague, refined by Iain Duncan-Smith and then brought to its final form in a letter from Michael Howard on 10 June 2004, when he declared that:

We are determined that the next Conservative government will establish national and local control over fishing. We intend to raise this in the Council of Ministers at the first opportunity and I believe we can achieve this through negotiation. However, should negotiations not succeed, it remains the case… that the British Parliament is supreme and we would introduce the necessary legislation to bring about full national and local control.

This declaration was given clothes by a detailed opposition green paper, launched on 10 January 2005 and, as of last night, still on the Conservative Party website, although probably not for very much longer. 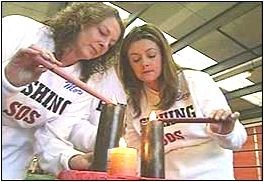 And when, today, expectant MPs of both sides of the House, look to assurances from Paterson that the policy, endorsed by three leaders in succession, is still in place, they will not get them. The "modern, compassionate" Conservatism of the new leader does not extend to the likes of the Cod Crusaders (left) or any British fishermen, their families or those who depend on them.

For those Tories who voted for the man and who are now braying for a change in the Party, they are going to get it – sooner than they think. But it is not only change they will get, but the death of a policy. With that will go the last, best hope of the British fishing industry.