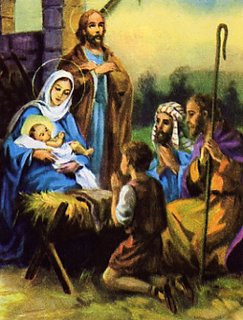 Not days before Christmas and Reuters is reporting that Japan's foreign minister, Taro Aso, is saying China is becoming a "considerable threat" because of its increased military spending and nuclear weapons. China is "a neighbouring country with one billion people and nuclear bombs whose military spending has been growing by two digits every year for 17 consecutive years," he says.

Yet, this is the year when China and the European Union (EU) have deepened their strategic partnership in an all-around way, marking the 30th anniversary of the establishment of diplomatic ties between the two sides.

The China-EU summit, initiated in 1998 by then Chinese Premier Zhu Rongji and British Prime Minister Tony Blair, is the highest level of regular political dialogue mechanism between China and the EU.

In September, the 8th China-EU summit was held in Beijing. Chinese Premier Wen Jiabao, Blair, whose country holds the current EU presidency, and European Commission (EC) President Jose Manuel Barroso held talks and signed a series of cooperation agreements, including those on climate and space programs.

The summit has injected "important impetus" into the development of the all-around strategic partnership between the two sides, EU foreign policy chief Javier Solana said. During the summit, China and the EU also agreed to set up another regular political dialogue mechanism -- vice ministerial-level strategic dialogue. Chinese Vice Foreign Minister Zhang Yesui visited London in December to hold the first such strategic dialogue with the EU president.

Apart from regular political dialogues, leaders from China and the EU have exchanged frequent visits this year. Chinese President Hu Jintao attended the Group of Eight (G8) summit in Scotland in July and also visited Britain, Germany and Spain in October.

In December, Premier Wen made a tour of four EU member states -- France, Slovakia, the Czech Republic and Portugal -- and signedmany agreements of cooperation. China and Portugal announced the establishment of an all-around strategic partnership.

For the EU, besides leaders from its member states, eight commissioners from the EC, including Barroso himself, visited China this year, which was described within the EU headquarters as a "China year." For Trade Commissioner Peter Mandelson alone, he has visited China three times in 2005.

But the icing on the cake is a report that the EADS subsidiary Eurocopter and China’s AVIC II have agreed to co-produce a new helicopter as part of a €600 million deal signed during Chinese prime minister Wen Jiabao’s visit to France.

The new EC175, which EADS co-chief executive Noel Forgeard says fills a “hole” in Eurocopter’s range between the 5t Dauphin and the 10t Super Puma, is to make its first flight in 2009, gain European and Chinese certification, and enter series production in 2011. Production will be split evenly between China and France and EADS says there could be a market for as many as 800 of the aircraft over 20 years.

Flight International remarks that the Chinese order for 150 Airbus A320 family aircraft and Eurocopter’s plan to build a helicopter in a joint venture with Chinese industry typified everything Americans find slightly sinister about European motives in the People's Republic.

Conducted in French, it says, the occasion had all the hallmarks of a political carve-up rather than a hard-won commercial deal. It might be airliners and air ambulances today, say these stateside cynics. But with European governments keen to find markets for their defence champions and unwilling to pay more for their own defence, tomorrow it could be attack helicopters or early-warning systems.

And there is the rub. While Japan and the US are watching nervously from the edges, the Europeans are piling into to China, selling them more and more gear. But, of course, the helicopters are for civilian use, m'sieur! And how much does a coat of green paint cost?