It's our old friend the droit de suite 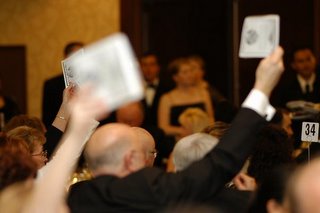 I am celebrating an anniversary of a kind. On January 9, 1998 the first article I wrote about the slow destruction of the UK art market and the droit de suite appeared in eurofacts. It must have been written some time in December 1997. That makes it eight years. (But then I celebrated the tenth anniversary of my first brief on the Meat Hygiene Service and the destruction of the small and medium sized slaughterhouses in April. Don’t know why I get this feeling of Groundhog Day.)

Since then I have written various articles and briefs on the subject, most recently on this blog. But now, the droit de suite is here with us, though not just yet, thanks to some disagreement between civil servants and politicians, not to mention certain lobbyists.

Today’s Daily Telegraph has an article by Will Bennett on the subject, “New headache for dealers”. I suppose one cannot blame the chap, as he is an expert on art sales not on legislation but the sort of comments he has in his piece make one despair.

He starts off by outlining what he thinks is the immediate background:

“For five years the Government and the British art market stood shoulder to shoulder in an attempt to resist the imposition of the artists' resale rights levy (droit de suite) on the United Kingdom by the European Union. It was always a rather unlikely alliance. Ministers such as Peter Hain, once a radical Left-winger, found themselves working alongside an instinctively conservative market that has traditionally provided employment for members of the aristocracy and landed gentry.”

Not only was it an unlikely alliance but a completely pointless one. Once Directive 2001/84/EC became EU law, there was nothing the Government or the British art market could do about it.

Mr Bennett shares the not uncommon misunderstanding that the EU is an extraneous organization that somehow “imposes” its rules and regulations on the UK. Au contraire, Mr Bennett, the UK is part of the EU and its legislation is our legislation. It is, as Lord Whitty said in my hearing, in connection with the FMD Directive, a legal requirement for directives to be implemented in UK law.

The time to fight it was while the Directive was being debated. To be fair, successive governments do seem to have put up a fight about it but this is an internal market measure – harmonization of the European art market that does not precisely exist anywhere in the EU except in the UK – and, therefore, it was passed on Qualified Majority Vote in the Council of Ministers. This was the old system of QMV in which a blocking minority of 26 votes was needed. So far as we know only Britain (10 votes) and Austria (4 votes) went against the proposal and it was carried. One of the many advantages of “being at the top table” in the European Union.

Mr Bennett also managed to miss the fact that the droit de suite will not be implemented in Britain by next Monday (well, actually, next Monday but one) because there is no time.

The Directive is being implemented by secondary legislation, in this case an affirmative Statutory Instrument. Though it was known for some time (five years, to be precise) that this had to be done, the draft SI was not actually laid before Parliament until December 15. An affirmative instrument has to be debated in both Houses, either in committee or in full House and, clearly, there was no time for this. The debates are likely to take place in the last week of January (the 24th is the date being given tentatively for the one in the House of Lords) and the regulations made soon afterwards.

Of course, the debates are a pure formality. As the SI is there to implement EU law, it cannot be thrown out, our Parliament not having the right to do so. (It would be rather interesting to see what would happen if one House did vote it out. What would HMG say then?)

Interestingly enough, one tiny amendment can be made to the SI. In the Explanatory Memorandum prepared by the Department of Trade and Industry there is much play and repetition of the government not wishing to gold plate the Directive. Except that it does.

The Directive requires that droit de suite (or resale levy) be paid on works resold where the minimum price is €3,000. Influenced by representations from the Design and Artists Copyright Society, a non-profit organization that will collect the levy on behalf of the artists who belong to it and by a recommendation made by the House of Commons Select Committee on Culture, Media and Sport in November 2005, the government decided to lower the minimum price on which the levy is to be charged to €1,000.

The Explanatory Memorandum says rather grandly in the Regulatory Impact Assessment [not on the net]:

“4.1.2 Option 2 – Set a threshold of €1,000 – Including sales of between €1,00 and €3,000 would considerably increase the number of artists benefiting from resale payment. This option would significantly increase the number of UK artists benefiting from resale royalties (85% of works sold in this price range are by British artists) and it is also this price bracket that has the highest proportion of living artists. These are likely to be low earning artists who would most benefit from additional income and are the group the Directive is primarily intended to assist.

4.1.3 There has been extensive consultation on this issue and the cost-benefit analysis demonstrates that the costs to business in processing resale royalties will be minimal and the benefit to artists on low incomes considerable. This option would not increase the risk of diversion of sales.”

Says who? Will Bennett, who may not know much about EU legislation, does know the art sales scene. And his view is different as is that of the entire industry, give or take the odd lobby group:

“By doing so, it made all but the very cheapest contemporary works subject to the levy and inflicted even more paperwork on dealers and auction houses without creating a substantial extra windfall for artists.”

The truth is that these rather vague cost-benefit analyses never really look at the mounting paperwork and what effect that might have. And if the outcome will be the gradual diminishing of the contemporary art market in London, that is very unlikely to benefit those British artists whose work might have been resold between €1,000 and€3,000. For it is unlikely that it will be sold at all.

Nor will there be any benefit for the 37,000 people presently employed in the art market, not counting the many thousands in the ancillary businesses.

Will Bennett ends his article with a sardonic comment: “Welcome to the wonderful world of European harmonization.” Welcome? Where has the man been living all this time?