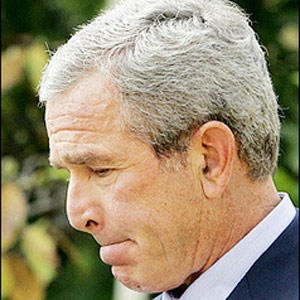 How Bush kept a straight face I do not know. I guess that is why he is the President of the United States and I am just a blogger. But to be told condescendingly by SecGen Kofi Annan (father of Kojo) that the vote in Iraq went well, must have riled even Dubya considerably.

It seems that the SecGen told the President:

“that violence in Iraq was low, voter turnout was high and that the Iraqi people had cleared another hurdle "on the road to democracy," said Federick Jones, spokesman for the National Security Council.”

As the wholly admirable Michelle Malkin says: “No thanks to you, Mister.”