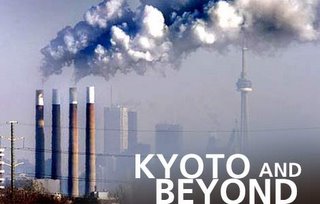 Of the many news organisations which covered the failure of EU member states to reach their Kyoto targets, it was the Yorkshire Post which got the headline right, with "Do as I say, not as I do".

This refers to a study by the Institute for Public Policy Research (IPPR), outlined in detail by The Scotsman, which has found that ten of the 15 European Union signatories to the Kyoto Protocol will miss their targets by 2010 without urgent action.

Only Britain, Sweden and France are remotely on target, and even out CO2 emissions have increased by 9 percent since 1999. And before we preen ourselves, Britain's performance, such that it is, has been achieved largely through the contraction of the coal industry, making us dangerously reliant on imported gas supplies.

The Yorkshire Post also reminds us that, even worse than the EU is Canada, which played host to the international climate-change conference in Montreal earlier this month. While mouthing platitudes about remaining "fully committed" to its Kyoto obligations, by the end of 2003, its emissions were up 24.2 percent on 1990 levels. Meanwhile, since 2001, a period in which greenhouse-gas emissions across the EU have increased, those from the United States have fallen by almost one percent. 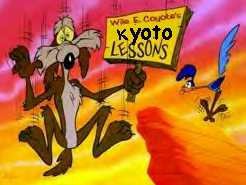 Kyoto was never meant to be an excuse for the self-righteous among nations to preen themselves on the global stage while doing nothing concrete to meet their own grandiose pledges, says the YP, yet, as the date nears by which action is supposed to have been taken, it is increasingly clear that this is the case.

However, it seems that the Kyoto hypocrisy is very much in character – almost the defining attribute of our masters. Whether it is MPs who award themselves ever-more generous pensions, while cutting back on ours and demanding we work longer, or the EU which creates more and more laws enforcing financial probity on commercial companies while itself failing to get is accounts signed off for 11 years, the "do as I say…" ethos seems to pervade modern government.

Even on more mundane matters it seems to apply, for instance with the police, who – according to The Scotsman this morning, stand accused of believing they have "carte blanche" to break the speed limit, while, on the same day, The Telegraph reports that six "road safety" partnerships have each made a profit of more than £1 million from their speed cameras.

Our readers will, no doubt, be able to offer many more examples of our masters' double standards. And if we ourselves are so forcibly reminded that there is one law for them and another for us, and that much-paraded “commitments” are so much hot air, then the essential consent which underpins democratic government becomes steadily eroded. In the final analysis, Kyoto may be more damaging than even its worst critics could have imagined.