A study in ignorance 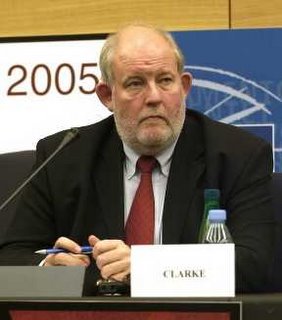 We know it is complicated, but you would have thought that Reuters – which after all is supposed to be one of our premier news-gathering services – could get it right. But one can only cringe at the headline "EU approves rules on anti-terrorism data".

This is Charles Clarke's baby, who was in Strasbourg to see it through, saying that "This is a very important day for the European Union in its fight against terrorism and organised crime."

But, despite this, the EU did not approve the rules. Nor even, as Reuters further asserts, did the EU parliament yesterday adopt rules "to store phone and Internet data for up to two years to fight terrorism and other serious crime." Nor, indeed was "the measure was approved quickly after being proposed by the European Commission in September, and is part of the 25-nation bloc's response to the terrorist attacks in Madrid in 2004 and in London this year."

What we are dealing with is the first reading by the EU parliament of a directive, specifically "on the proposal for a directive of the European Parliament and of the Council on the retention of data processed in connection with the provision of public electronic communication services and amending Directive 2002/58/EC".

The procedure is complicated, but not rocket science. It rests on the fact that this is a legislative instrument that requires "co-decision" – i.e., approval by the Council (of ministers) and the parliament. It thus goes separately to both institutions and, only when both are agreed as to the text – which must also be acceptable to the EU commission – is the law passed.

In this instance, the Council has passed its own judgement on the law – its so-called "common position" and now, in the first (of possibly three) readings, the parliament has reached its own "common position", have amended the original commission proposal to get there.

Since there are now discrepancies between the respective positions of the Council and the parliament, there must be a further period of discussion, whence the two institutions must resolve their differences. Following that, the parliament will arrange a second reading – some time next year – and, if there are still differences between the positions, there must be a process known as conciliation. Following that, there is a third reading. If the parliament then cannot agree with the Council, the legislation falls.

The law, as it stands, therefore, is a long way from being approved and could, at some time in the future, be rejected or be withdrawn by the commission.

But what is really fascinating about this whole affair is the very fact of the parliament’s involvement. As the commission's proposal makes abundantly clear, these are "rules at EU level that guarantee the availability of traffic data for anti-terrorism purposes across the 25 Member States", which ostensibly puts them in the framework of Pillar III (Justice and Home Affairs), over which the parliament (and the commission for that matter) should have no jurisdiction.

This is reinforced by the very fact that it is the Committee on Civil Liberties, Justice and Home Affairs in the parliament which has produced the report, which under normal circumstances should only be consultative.

But here we meet the magic and mystery of the European Union. Although openly an anti-terrorism law, the legal basis cited is Article 95 of the EC Treaty. And, as readers will know, this relates to the "approximation of laws", allowing the EU to frame laws "which have as their object the establishment and functioning of the internal market" – the EU jargon for the "single market".

So there we have it. A direct incursion into the crime-fighting procedures of member states – with profound implications for civil liberties - is dressed up as a single market measure. If ever there was an abuse, that is it. Yet so far from understanding what is going on is the media that, like Reuters, they do not even understand the basic legislative procedures. No wonder our rulers get away with so much.