A fruit and nut case 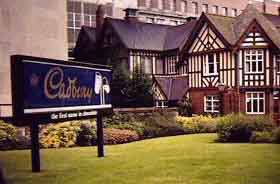 First it was Marks & Spencer set to make a tidy dent in Gordon Brown’s financial plans - and now it's the chocolate-maker Cadbury.

According to the Financial Times and others, as the ECJ rules on the M&S case, bringing it to an end, another one starts, brought by Cadbury Schweppes, which could cost European governments over £300 million in annual tax revenues if the company wins.

This is over UK rules - known as controlled foreign company (CFC) legislation – which Cadbury claims infringes European law by penalising companies that take advantage of low tax rates in other EU countries. Cadbury Schweppes is challenging the British government's decision to tax profits earned by Cadbury's Treasury subsidiaries based in Ireland, one of the lowest tax jurisdictions in Europe.

Says the FT, the potential losses will add to pressure on European governments braced for the M&S judgement. Says Stefano Marchese, vice-president of the European Federation of Accountants: "There could be a flow of Treasury, finance and royalties functions to companies created in low-tax jurisdictions, increasing pressure on tax competition."

Marchese says there is substantial case law supporting the view that CFC rules are illegal within Europe, although it was possible the judgement could be influenced by political lobbying. Finance ministers have been particularly concerned about the cost of claims for tax refunds, provoking speculation that the ECJ will decide to impose limits on retrospective claims.

However, László Kovács, the EU tax and customs commissioner, has a better answer, calling for a common set of rules on company taxation. Johann Müller, an international tax expert at Dutchtax.net, an Amsterdam-based consulting company, agrees. "The case will force EU tax harmonization across the bloc through the back door," he says – which should go down like a house on fire with member states.

Either way, the somewhat embattled Gordon is facing a torrid time but, little did he suspect that he was to be shafted by a Cadbury’s fruit and nutcase.

PS: lite blogging today... off to that pointy building by the Thames.