Just precisely what has Mr Cameron been doing in the last year? 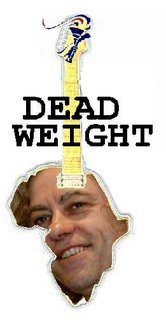 One assumes that the Boy-King has been preparing for leadership for a little while (well, longer than the week before the Conservative Party Conference). If that is so, there is precious little evidence of it. He has not put a foot right in any sense of the word since his coronation.

No, the best way forward is not pumping vast amounts of taxpayers’ money into the coffers of kleptocratic bloodthirsty tyrants, as advocated by the Boy-King’s new best friend, Sir Bob Geldof but to open up trade, to encourage African countries to open up trade between themselves, to help, if we can, those countries to build up free and stable political systems, based on legality and the right of property. Nothing else will work. But these are difficult ideas. How much easier it is to say, let’s throw some more money at it. And, of course, it is the taxpayers’ money, so much the easier.

It seems the Boy-King is unaware of the fact that Live8 (apart from achieving very little except, it seems, for expensive gifts to the participants) was severely criticized at the time, not least by people like the Ghanaian Franklin Cudjoe of the Imani Institute, the South African Moeletsi Mbeki, businessman and political analyst, and the Kenyan economist James Shikwati and many others.

But hey, what do they know? They are only African writers, thinkers, analysts. They cannot tell the Boy-King and the Compassionate Conservatives (CompCons) what is right for that Continent. After all, we have it on the very good authority of Master Oliver Leftwing that the poor need to have money redistributed to them by the all-caring, all-sharing state rather than be enabled to run their own lives and climb out of poverty. What goes for this country, goes with knobs on for Africa.

Why exactly has the Boy-King brought that ancient rocker and part-time philanthropist with other people’s money, Sir Bob Geldof, into his circle of advisers? Who is going to be impressed by that?

Sir Bob’s ideas, if one may call them that, have been proved wrong over and over again. When we get people like Richard Dowding of the Royal Africa Society asserting that pumping aid into all those countries has not just not achieved anything but has made matters worse. Almost every African country is poorer now than it was thirty years ago, while the equivalent of six Marshall Plans has been poured into the Continent.

So, does the Boy-King really not understand what people are saying? Does his existence in the bubble of Westminster and media (not to mention the wine bars of Notting Hill) make it impossible for him to grasp that it is not rock musicians who know about the poor of the Third World, but economists and serious political analysts. They are the people to listen to, and even then one’s critical faculty must be switched on.

That is not for the new Compassionate Conservative Party (CompCons). Gesture politics and emotions are all, it seems. It is time for somebody in that benighted party to pay attention to the simple truth, enunciated in the Daily Telegraph leader today:

“But public policy ought to be aimed at ameliorating the lives of Africans, not at making Westerners feel better about themselves.”

Too much like hard work, that, and not nearly glamorous enough.

Then again, it is the professed policy of the Boy-King and his acolytes to ditch the hard core Tory supporters and, presumably, that means they do not care about the pontificating of the Daily Telegraph. It is the glamorous young vote that they are going for, the people who would otherwise vote Lib-Dim. (Though I would like to see an age profile of the Lib-Dim Party and its supporters.)

So, do they really think that Geldof appeals to those people? Is Geldof really the pin-up for the young? The man has teenage children. He is a wrinkly without any of the hard-edged glamour of the Rolling Stones (and I do wonder who actually goes to those geriatric concerts).

Then again, was there not another youthful politician not that long ago, who proclaimed that this was a young country, that he would appeal to yoof and did so by inviting lots of pop musicians to his parties. Yes, indeed. His name was Tony Blair and he has been singularly unsuccessful in mustering the yoof vote, largely because it does not exist.

Young people are just people who happen to be young. Their opinions may be influenced by the particular stage of their lives they are going through but they are not likely to be impressed by the touting of ancient rockers.

A surprising number (surprising to the leadership of the CompCons, that is) of young people know what sort of lives they want to lead, how they want to arrange things for themselves and, most importantly, what is really happening in the world. They, just like their elders (not always betters), do what the Boy-King seems incapable of doing and look beyond the immediate pap presented to them by the media. (Well, some do and others don’t, I suppose, in which they are not different from other age groups.)

Undoubtedly, I shall once again be told that I am unfair to the Boy-King, who is such a nice chap, and I should give him a chance, wait to see how he performs.

To which one can say many things and some of them are suitable for what is a family blog. In the first place, silliness is not the same as niceness. One can be very stupid and very pleasant but not very nice.

In the second place, we have now seen whither the Boy-King and his court are heading. His two new best friends are Zac Goldsmith and Bob Geldof, people whose ideas have been shown to be less than intellectually satisfactory time and time again.

We shall see a lot of protectionist, interventionist green policies and suggestions of doubling, tripling, what the heck, quadrupling aid to African dictators.

We have heard pronouncements from Master Oliver Leftwing on redistribution of people’s hard-earned money and have been assured that no real reform of the public services is contemplated.

We have seen the Conservatives fumble over the European budget, an open goal, if ever there was one. In the European Parliament they could do nothing, being part of the EPP, and left the field to Nigel Farage and Roger Helmer. In Westminster they managed to lose the ball. The Boy-King showed himself to be ignorant of the most basic aspects of the European project, which can be blamed partly on his researchers and advisers but largely on his own lack of curiosity about the outside world.

Above all, we have heard what Christmas means to the Boy-King: recycling of wrapping paper and Christmas cards (something that many households do, anyway, without making a song and dance about it).