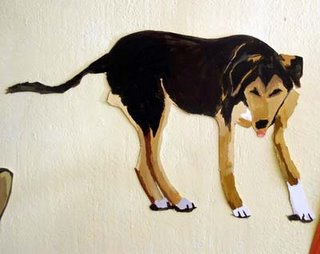 Having got the budget out of the way, the "colleagues" are now preparing for the next step in the steady march of European integration, the vexed question of the constitution.

This is to be the task of the Austrian presidency which, in anticipation of which, has already drafted an "interim report" on "the national debates during the reflection period on the future of Europe".

Obscured by the hype on the budget, this report was actually presented to last week’s European Council, and makes sombre reading. Throughout the EU, member state governments have been throwing huge amounts of money at pro-EU propaganda, all aimed at improving the public perception of the constitution, all preparatory to having another go.

Particularly instructive is the French entry, which reports that "schools of journalism will be afforded greater assistance in stepping up training in European issues" and, "each year, the government grants subsidies to national associations with European vocations". Some 40 such associations were supported in this way during 2005.

Anyhow, Ursula Plassnik, the Austrian foreign minister, flew to Brussels yesterday to hail the constitution as holding the answers to key questions about Europe and eeclared it would relaunch the debate on the future of Europe at the June 2006 European Council.

It was time to ask France and Holland what they intended to do about their "no" votes, she suggested, as 14 countries had now ratified the treaty. "We need to look at what we want, how we want to live in Europe, in our re-unified Europe, which is coming closer together.”

Continuing in the same vein, she added, "An answer will best come, perhaps, if we look at the Constitutional Treaty, because I think it's a fascinating document, that sets out our objectives as a community of values. The time is ripening now. This is the feeling I get, in my many conversations with colleagues around the table."

In Berlin, Merkel has already indicated her support for reviving the constitution and will dedicate the German EU presidency, during the first half of 2007, to that purpose. That will coincide nicely with the French presidency elections, with the first round taking place in April 2007 and a second round (if necessary) in the May.

Since Holland is also holding elections in 2007, the “colleagues” may feel that this is the year to strike, in which case we could be looking at second rounds for the French and Dutch referendums, with – presumably – a UK referendum to follow. However, while the EU is anxious to stress its secular nature, they would do well to spend a little time with the Bible over Christmas, and would in particular benefit from reading Proverbs 26:11.