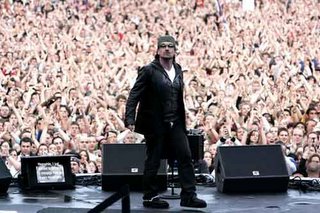 It is reassuring to see that the MSM of other countries has been given over to trivia as well. Usually I look at our newspapers and turn to the Wall Street Journal Europe for hard news and in-depth analysis. I spend some time sighing over the fact that the US has newspapers like (disregarding the politics for the moment) the New York Times, Washington Post, Washington Times, Boston Globe, San Francisco Chronicle and numerous others. Of course, one cannot go on disregarding the politics indefinitely any more than the NYT’s tendency to publish, ahem, stories that have not been properly checked. But, at least, I sigh, they are newspapers, as many on the Continent are, not pretend i-Pods.

But one look at Time magazine’s “Persons of the Year” and I relax. Trivia rules everywhere. In a year of momentous changes in many parts of the world, Time magazine has picked Bono, Bill Gates and Melinda Gates for the cover. Excuse me?

Bono was picked, presumably, for pushing the Live8 concert (and where is our own Sir Bob?) and for “putting the question of African aid on the map”. Again. The whole enterprise has been an even bigger failure than its predecessor twenty years ago, with more and more people agreeing that pumping money into African states has a negative effect on that continent’s development. But hey, that makes Bono a hero to Time.

Bill Gates, as several bloggers pointed out, ought to have been honoured (possibly) for creating something that has changed life and business practices everywhere in the world, helping the development of many countries that were doing badly before. But no, he is honoured, several years too late, for setting up his charitable trust to give his money away. Surely, the time to put him on the cover of Time magazine is when and if his trust actually achieves something.

And Melinda Gates? That’s Mrs Gates to you and me, by the way. Is she person of the year because she has married Bill Gates and stayed married to him? Nominally she runs the Gates Foundation but that is only nominal, as even Time acknowledges. It is Bill who is in charge.

The sheer and utter triviality of the choice is breathtaking. There have been various suggestions of alternatives, many bloggers agreeing on a joint declaration for the people of Ukraine, Lebanon and Iraq for defying dictatorships and moving their countries closer to freedom and democracy. I would add the people of Afghanistan, as well.

Needless to say, this blog has another nomination. They did not get the Nobel Peace Prize but the US Marine Corps is still deserving of some acknowledgement for their efforts in the world-wide fight against tyrants and terrorists.