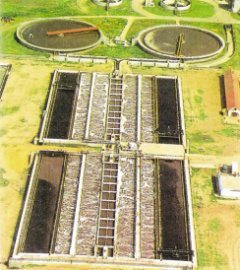 The Daily Mail today publishes another piece by Christopher Booker – not available on-line. The whole text is reproduced here.

When Tony Blair steps down next week from the EU Presidency, he can look back on what has arguably been the most abject failure of his eight years in Downing Street.

On Tuesday, his weird ranting outburst in front of members of the European Parliament seemed to show he knew it. What other British leader would have so recklessly insulted our own elected politicians – Tory and UKIP MEPs – in front of a foreign audience?

Since last July Mr Blair as occupied the highest-profile position in the EU system of government: a privilege which will not again be enjoyed by a British prime minister for twelve years. During that time he has achieved virtually nothing - until last weekend when he finally caved in over the EU’s budget.

Not only was President Chirac left crowing as Mr Blair broke his solemn pledge that the UK’s rebate was ‘non-negotiable’, landing Britain with an additional bill of £7 billion to pay for such items as a new underground for Warsaw and a sewage system for Budapest.

To the evident rage of Gordon Brown, Mr Blair also meekly agreed to an overall increase in the EU’s budget for years to come, which will eventually push up Britain’s contribution by tens of billions of pounds – money which, as Mr Brown is aware, could otherwise be spent on schools, hospital and other benefits here at home.

For the full measure of how far Mr Blair has failed himself and our country in the past six months, we must go back to those heady days last summer when he seemed to have the world at his feet.

He was not only succeeding to the EU presidency just when, following the rejection of the constitution by the voters of France and Holland, the ‘European project’ itself was plunged into what looked like the worst crisis of confidence in its 50-year history. e was simultaneously taking over the chair of G8, the club of the world’s richest nations, propelling him to centre stage as a world leader.

For several weeks he revelled in it. Live-8, the ‘biggest-ever pop concert’, was staged in cities across the world to celebrate Mr Blair’s pledge that he was going to solve the problems of the Third World by ‘making poverty history’.

Mr Blair told the European Parliament that the peoples of Europe had blown their ‘trumpets round the city walls’ and that it was time for the EU’s leaders to listen - if necessary to rethink the ‘project’ from scratch.

In particular he pointed to that mighty cuckoo in the nest of all the EU does, the Common Agricultural Policy. This vast, ramshackle support system takes up 40 percent of all the EU’s spending, pouring £30 billion a year into the pockets of EU farmers and bureaucrats. At the same time it inflicts immense damage on the countries of the underdeveloped world, by barring the EU market to their goods, while flooding their own markets with Europe’s subsidised surpluses at prices with which their farmers cannot compete.

In confronting this monster, Mr Blair had in his hand one key weapon – the famous ‘rebate’ negotiated by Mrs Thatcher, to make up for the grotesque distortions built into the financing of the CAP. Without it, as he pointed out, Britain’s net contribution to the EU budget would be a staggering 15 times larger than that of France (rather than merely two-and-a-half time larger, as it is now thanks to the rebate).

This was precisely why Mrs Thatcher was so determined to win that rebate, without which by the mid-1980s Britain would have become the largest single net contributor – perhaps the most valuable prize we have ever won from the EU.

We will happily give up our rebate, said Mr Blair - but only on one condition. There must be a root-and-branch reform of that crazy CAP, to eliminate the unfairness which made the rebate necessary in the first place.

It really was a trump card, because it had become vital to agree the EU’s budget for seven years, between 2007 and 2013, and Britain held an absolute veto on that, unless she got her way.

From that moment on, however, Blair’s position began to crumble, The real stumbling block, of course, was that the CAP itself had been designed by France 35 years ago specifically to benefit France more than any other country – disadvantaging Britain most of all, because we import more of our food than anyone else.

Chirac’s own strongest card was that in 2002 Blair himself had agreed to spending commitments on the CAP, fixed in stone until 2013. Gradually, cleverly, Chirac used this to box his opponent in, insisting that any change to that agreement was unthinkable.

Both players, Blair and Chirac, were equally adamant that their position was ‘non-negotiable’. But it was Mr Blair whose nerve first began to crack, as he was manoeuvred into the embarrassing situation where it looked as if he now expected the poor new EU members in the east to hand back money to pay for rich Britain’s rebate.

Finally, last weekend, it was game, set and match. President Chirac got all he had been playing for, while Mr Blair, for his six months in the EU Presidency got nothing but a howl of derision.

And for what? The real irony which has gone unnoticed is that, the reason why those former Communist countries to the east are under such financial strain is because it was ruled, not least on French insistence, that their own benefits from the CAP should, initially, be much smaller than those enjoyed by the EU’s established members.

Yet again we come back to the economics of the madhouse, which demand that the countries of the east must pay money to Brussels to help subsidise farmers in the west. But for this unfairness they could use that money to pay for their subways and sewage works themselves, without having to give so much to Brussels in the first place – thus removing the pressure on Britain to surrender her rebate.

What makes it even worse is that, thanks to France’s stranglehold over EU trade policy, the EU has also this week been able to sabotage any proper agreement at the world trade talks in Hong Kong. Its selfish protectionism is thus free to continue inflicting damage on the Third World.

Whichever way we look at it, the weak, vain Mr Blair has been totally outplayed and humiliated - and at our expense. The price we are paying for allowing that man to stay in Downing Street is more than we can afford.

The Great Deception: Can The European Union Survive? By Christopher Booker and Richard North has just been published by Continuum (£9.99).