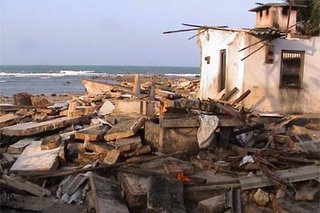 In a timely reminder, The Telegraph tells us that, a year ago today, an earthquake off the coast of Indonesia triggered an ocean wave that caused one of the greatest disasters in modern history. It is estimated that 300,000 people were killed and 1.8 million left homeless. 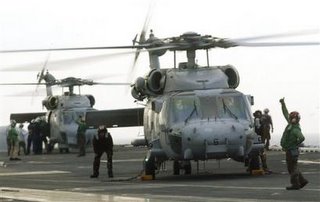 Since then, we are told, more than $13 billion has been pledged in aid, with donations from private individuals and countries coming to more than $5 billion. In Britain alone, the public contributed £400 million, eight times the previous record sum, raised for Kosovo in 1999.

That generosity, the Telegraph opines, is commensurate with the scale of the catastrophe, its timing - during the Christmas season - and the fact that 150 Britons were among more than 3,000 foreigners who died. It has been such that the current financial requirements of the afflicted areas have been more than met; one NGO, Médecins Sans Frontières, has even been refusing further donations.

But, for all the money and outpouring of sympathy, this has not satisfied needs. Say the Telegraph, the plethora of sometimes competing aid agencies - 3,645 had registered in the province of Aceh in northern Sumatra alone a month after the tsunami - and the limited managerial capacity of local governments mean that hundreds of thousands of people are still without permanent shelter and that the economy that sustains them - agriculture, fishing, tourism - remains a shadow of its former self.

The record on reconstruction is not impressive. In Banda Aceh, for instance, while more than 16,000 houses have been built - both temporary and permanent - with a similar number under way, half a million people lost their homes and 65,000 of them are still in tents with another 50,000 in hastily-built barracks.

In a separate piece, the paper retails the account of a situation about 55 miles south of Banda Aceh, a third of the way down the coast where the road stops at the Teumareum river. Its placid waters are a little over 100 yards wide and could be bridged by a competent military engineering unit in a matter of hours. But no one has done so and a year after the disaster, communication further up the coast is totally reliant on a single ferry, a "yellow metal raft" that can take one loaded lorry at a time or two pick-up trucks.

This, the paper regards as a metaphor for the reconstruction effort: good in parts, sadly lacking in others. 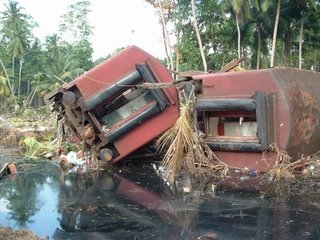 In Sri Lanka, where the devastation was less, but, for political reasons, the outlook is even grimmer. First, the government of Mahinda Rajapakse distrusts the United Nations agencies and the NGOs, yet lacks the capacity on its own to meet the huge demands made by the tsunami. Second, the disaster has exacerbated tension between Colombo and the separatist Liberation Tigers of Tamil Eelam, whose forces clashed at sea last week, threatening to undermine a peace agreement signed in 2002. Renewed fighting bodes ill for reconstruction in the predominantly Tamil areas in the east and north of the island.

From this and the whole litany of woes, the Telegraph draws several conclusions. Firstly – and we believe most importantly – it suggest that individual governments, acting in concert, are the most efficient instrument for immediate relief, a conclusion which argues against setting up a UN central emergency fund.

Secondly, given the central role of NGOs in the long-term relief, the paper thinks that they will continue to have to compensate for the weakness of local bureaucracies, but they must better co-ordinate their operations. This is all very well but unlikely, as the NGOs have their own bureaucracies and agendas to sustain, and in some respects they are as much part of the problem as the national bureaucracies that so hamper progress.

Thirdly, the paper is of the view that the setting up of an early warning system in the Indian Ocean should be treated with greater urgency, although it concedes that no one should be under any illusion that it will provide more than partial relief for densely populated, low-lying settlements in one of the seismically most active regions in the world.

With this latter sentiment, we partially agree, although the costs of providing such a system were rehearsed at the time and, for an event which might happen only every other century, it seems less of a priority that is indicated. The crucial issue is that, without an effective, local government system of warning, no amount of technology in the ocean will solve the problem.

Fourth, and finally, the Telegraph thinks that a revival of tourism would greatly help with rehabilitation in Sri Lanka and Thailand, a sentiment that has some merit, as that puts wealth directly in the hands of people and by-passes governments.

Overall, though, the paper is charitable, noting the bureaucracy, the inefficiencies and the corruption, but argues that the biggest factor is the monumental scale of the event. That is as maybe but one cannot imagine this situation prevailing in more developed countries, where government is more advanced and effective. 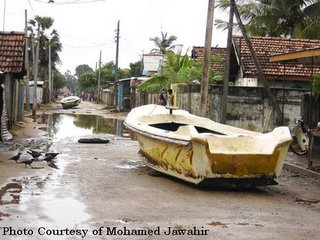 No one can suggest that shortage of money – per se – is holding up reconstruction, so the ultimate problem is essentially one of poor government. There is the focus for concerned people. It is all very well to salve one’s conscience by writing a cheque or easy option of donating on line, with the facility of a credit card number, but, as we have written so often before, throwing money at a fundamentally corrupt or inefficient system – be for tsunami relief in Indonesia, poverty in Africa or the NHS at home – is not the answer.

Nothing is going to change, however, until we get past the "fluffy-bunny", feel-good merchants where good intentions mean more than delivery. We, as citizens – individually and collective need to be far more critical of our governments and other agencies, and more realistic about their failings and capabilities.

People, we have argued – amongst many others before us – get the governments they deserve. The corollary is that, if we want better government, we have to demand it, and teach others to do the same. That is a lot harder and requires constant engagement and effort. The tragedy is that, even in a country blessed with riches, we seem to have opted out of the process, and can no longer govern ourselves effectively – much less help others.

And, if that is the problem, the answer is in our own hands.