Will you put up with this? 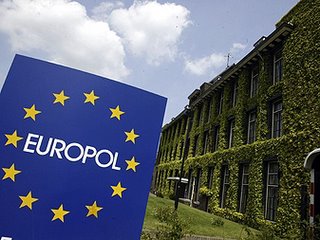 An issue that has Eurosceptics divided has emerged on the front page of the Daily Telegraph, the vexed question of the rushed re-organisation of the police into regional forces.

Because the government's intention is clearly to promote the amalgamation of the current 43 local police forces of England and Wales on these regional lines, which correspond with the boundaries of the Euro-regions, the feeling is in some quarters that this is part of a more general plot to "Europeanise" our police.

Certainly, the Euro-region agenda was pointed out by Booker over two weeks ago, when he wrote that the forces will be cut to 12, corresponding with the 10 regions of England, London and Wales (the two largest regions, South-East and North-West, can each have two forces). Wales is to have just one force, not four as now. The seven South-West forces are also to be merged into just one, from the Cotswolds to Cornwall.

Today's coverage, however, focuses not on this aspect but a point to which Booker also gave great prominence, the "astonishing speed" at which the Home Secretary, Charles Clarke, is bulldozing this through. Using the usual excuse, "the need to fight terrorism", his plans first surfaced on September 16, Booker wrote. Six days later he gave the 43 chief constables an ultimatum: they must come up with their plans for a mass-merger by 28 November, and by Christmas the entire plan must be agreed. The most fundamental restructuring of Britain's police in 170 years - since the modern police service was created in 1829 - is to be rushed through in just 12 weeks.

Clarke delivered his plan in a Home Office press release on 19 September 2005 and, although it was couched in terms of the police service being "invited" to come forward with firm proposals for the creation of strategic forces in each region, the actual letters sent to chief constables left them in no doubt what was expected.

Predictably, Clarke made no mention of any Euro-agenda, stating that he was responding to the publication the previous week of a report by HM Inspectorate of Constabulary (HMIC) which found that the current 43 forces structure was "no longer fit for purpose".

The present structure was "not sufficiently robust" to provide the necessary level of protective services, such as major investigations, that the 21st century increasingly demanded, concluding that some reorganisation of forces is necessary in the interests of efficiency and effectiveness of policing, with a figure of a minimum 4,000 officers being necessary.

Already though, on 17 November, Clarke's sidekick, Hazel Blears, in a Parliamentary answer, had already made it clear that "the very strong starting presumption is that any new force areas should not cross Government office regional boundaries." Thus, the die was set for regional police forces and the Euro-plot discussion took full flight. 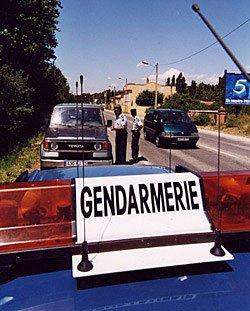 Try as we might, however, we cannot see an obvious, direct Euro-agenda. The regionalisation of British police forces can hardly be seen as bringing the UK into line with European forces as there are no obvious regional models into which the proposed British force structure would fit.

Our nearest neighbour, France, has a composite of national and local forces, Belgium has two-tier forces, as does Italy, while Germany has federal and local and forces. The idea of a wholly regional structure seems unique to this present government.

What is very telling though is that, while West Mercia is the current "best performing force" and its chief constable, Paul West, has been quoted as saying that it was "nothing short of scandalous to re-configure British policing in only a few weeks", the Telegraph also reports that the “majority of senior officers” are likely to accept the mergers. They are "turkeys who will vote for Christmas", according to one leading member of their ranks.

For a long time now, we have been aware of the emergence of a group of "right-on", highly politically correct (and utterly useless) chief constables, whose approach to policing seems to have little to do with what most people want from their police. More to the point, they seem to exhibit that technocratic, managerial approach to their forces, the very attitude that typifies the soulless bureaucrat from Brussels. 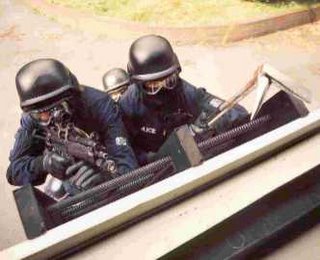 Therein possibly lies the clue. This government initiative is perhaps not so much driven by "Europe" as stemming from the same intellectual well-spring, where "efficiency and effectiveness" is seen in abstract terms, divorced from the messy realities of dealing with real people. In other words, we have chief constables and the Home Office united in their pursuit of "perfect structures" in a way that is so prevalent in the European Union - bureaucrats who are more interested in their toys and guns than catching burglars.

Thus, as the Telegraph leader notes, it is proposed to subsume West Mercia into an even larger entity, including Staffordshire and, possibly, Warwickshire and the great conurbations of the West Midlands, too. Abandoning the cod-medieval nomenclature of the last reorganisation, the new force will be called, with brutal clarity, the Regional West Midlands Police.

The Telegraph argues that these changes threaten the very spirit of the organisation. To almost everyone in England and Wales outside the metropolitan centres, the natural unit of local identity is the county - and that is all one needs to know about the proper boundaries of the police. The hypothetical benefit of efficiency is entirely discounted by the attenuation of accountability in the new arrangement. There is little point in having a dedicated local bobby if he answers to a chief constable 200 miles away. 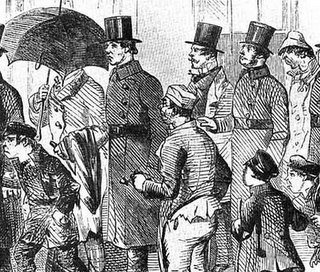 All of this is a far cry from Peel's first police force, the "Peelers" of 1829, for which he coined the nine points of policing, the core of which was that the "police must secure the willing co-operation of the public in voluntary observance of the law to be able to secure and maintain the respect of the public." Even that was too much for some contemporary leafleters, who wrote:

Liberty or death! Britons!! Honest men!!! The Time has at last arrived. We assure you that six thousand cutlasses have been removed from the Tower for the use of Peel's Bloody Gang. These damned Police are now to be armed. Englishmen, will you put up with this?

But, as Englishmen, we are being asked to put up with a great deal more, not least remote, regional forces which will never be able to secure and maintain the respect of the public, run as they are by technocrats who appear all too similar – in spirit if not in kind – to our masters in Brussels.