What is it with this obsession with trivia? 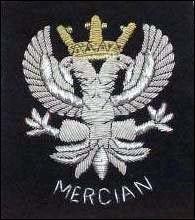 I read last night the leading article in The Business, with not a little approval, although I'm not so sure about their claim that, "the average European cow earns more than hundreds of millions of poor African farmers". I knew the subsidies were generous, but that generous?

Thus digressing, I am falling into a trap of my own making, as the central issue of the leader was "trivia". Writes The Business:

An increasingly unstable Iranian president on a collision course with Israel; global trade talks on a knife-edge in Hong Kong; Iraq in need of all the help it can get after difficult elections – only a few of the truly important, world-defining events of the past few days, stories that will have a real impact on the prosperity and quality of life – even the very survival – of hundreds of millions of people around the world. Yet none of these issues was even on the agenda of the tragic-comedy that passed for the summit of European Union (EU) leaders last week. They chose instead to fight like ferrets in a sack over largely trivial details of the 2007-2013 EU Budget…

Actually, I don't entirely agree with that premise. While the details were trivial, the battle was over the broader issue – the heart and soul of "Europe". The deal hatched in the early hours of Saturday morning demonstrated that "little Europe" won. However, after looking at some of the other issues that were ignored, The Business quite rightly concludes that:

When it comes to navel-gazing parochialism, the EU is second to none – a genuine world-beater. It no longer has the capacity or will to think rationally, let alone to act to global threats. It is left to more grown-up nations to act on looming crises. But with America debilitated by a domestic political crisis and Iraq – and with the emerging Asian superpowers likely to require a few more years before they are ready to assume a truly global role – the withering away of Europe has left a vacuum at the heart of international relations which countries such as Iran will seek to exploit in 2006.

Looking at today's crop of newspapers, though, it occurred to me that it is not only "Europe" that is obsessed with navel-gazing, elevating the trivial and inconsequential and ignoring that which is important. Apart from the pages devoted to the fate of that political pygmy, Charles Kennedy (or is it Charles Cameron?), leader of the Lib Dims, one also notes, in the Sunday Telegraph, a longish article headed: "Regiment's 'strangled chicken' badge rejected", by the so-called defence correspondent. "Defence chiefs," it seems, have ordered senior officers of one of the Army's newest regiments to redesign its cap badge because it is not traditional enough.

Yet, this is in a week when the government published its Defence Industry Strategy, 145 pages of dense text which conceal profound strategic and foreign affairs issues, not least the decision to abandon the UK manufacture of fast military jets. And is there any mention of this in the paper?

It is precisely this phenomenon on which we wrote at the end of last month, when we called in aid Max Hastings, former editor of the Daily Telegraph. The section we quoted from his recent RUSSI article bears repeating:

In the absence of informed private briefing, media debate on the Services is conducted at the shallowest possible level. For instance, many perceive a strong case for the large regiments policy. However painful for those units affected, the single battalion structure seems doomed. Yet, in the absence of effective, top-level briefing, media coverage of this issue lapsed into a familiar howl of anguish about cap badges, which does no service to the real interests of the corps of infantry.

Here we go again - another article on cap badges. I wrote at the time, referring to the momentous changes taking place in the Army, "While we would not disagree that the symbolism of cap badges is important, the fact that so this is, effectively, the main topic when it comes to a major force restructuring is a massive indictment of the 'dumbing down' of the media. They do us no service burying important issues in a mountain of trivia."

But, in decrying this, it seems I am not alone. In The Guardian – of all places – last Wednesday, Peter Hitchens writes of the political classes:

Labour and the Tories are like a pair of corpses, stiff with rigor mortis, propping each other up. They no longer represent the true divisions in British society, which is why Labour can win only 22 percent of the popular vote, and the Tories a mere 20 percent. It is astonishing to think that neither of the major parties opposed the Iraq war; that neither resists the introduction of civil partnerships, devolution or the Northern Ireland peace process; that neither advocates withdrawal from the EU, a return to selective education or the reintroduction of the death penalty. Every important issue is left undebated and unexamined while the front benches quibble over trivia.

What this not my lament about the demise of UK fast jet manufacturing, where I concluded the piece, "And no one said a word"?

What troubles me though, is Hitchens’ assertion that the political parties "no longer represent the true divisions in British society". Is he right? Looking at the tide of trivia in the newspapers, on television, in Parliament and in Europe, one wonders whether this is a departure from the norm, or a reflection of it. Are we assailed with trivia, it must be asked, because that is truly what we want – where we have no longer the adult capacity to address serious issues?

My colleague hints at this in her penetrating essay written yesterday, where she remarks:

Whatever happened to the many subtle theological debates? To the Enlightenment, the scientific revolution, the agrarian and industrial revolutions? Where did all those political ideas of individual freedom and the relationship between man and state disappear to? All submerged in the highest model of all: the European social model.

A nation that is obsessed with such trivia is no longer grown-up and, if this is what we have come to, then as a society we are doomed.