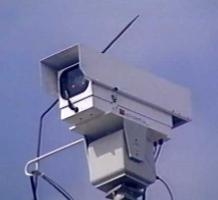 It would not be the first time that we have remarked on the reasons why there is such an enthusiasm for the European Union amongst the ruling élites of this country. Undoubtedly, though, the skein that binds the Brussels and Whitehall bureaucracies is their shared vision that there are few problems that cannot be solved by a new law.

A classic example of that mindset comes in a disturbing report in today's Daily Telegraph – which follows in the wake of a similar report in The Independent yesterday, describing how a "Surge in cameras that can track your car planned for 2006".

Apparently, a massive increase in the number of roadside cameras able to identify and track every British-registered car is planned for next year, using the Automatic Number Plate Recognition (ANPR) cameras, which will run alongside the CCTV system already in place throughout the country.

The aim, we are told, is to provide round-the-clock coverage of as much of the road network as possible, although police sources are claiming that it would not lead to every car on every road being tracked. Nevertheless, it is likely that cameras will be found on most major roads, in cities, at ports and thousands of petrol stations. The information gathered will be collated by a central database running alongside the Police National Computer in Hendon, north London.

Furthermore, the system will be capable of handling 35 million number plate identifications daily and there are plans to increase capacity so that information from 100 million cars could be kept. And, in November last year, the government said that it would be spending £15 million on the ANPR project, with a target of giving every police force access to the technology.

Sadly, instead of an outraged declamation from Edmund King, executive director of the RAC Foundation – supposedly representing "motorists" opinion, this man supports the initiative, saying: "I think the majority of motorists would welcome ANPR if it gets off the road uninsured motorists who are responsible for many hit and run accidents and rising premiums."

It takes the Telegraph leader to put the matter into a better perspective, noting that many people do not seem to worry that the government is spending more and more of our money to monitor us.

That was the response of many when CCTV cameras began springing up in high streets; when the national road system was first punctuated with speed cameras; and when the Government announced its plans for an "entitlement card", which suddenly mutated into a multi-billion-pound compulsory ID card scheme.

The Telegraph finds the idea disproportionate to any possible policing benefit, and repugnant in itself. Most of us, it says, would feel much safer with more police on the beat, offering a visible deterrent to criminals, rather than having technicians scouring hundreds of millions of our car journeys, arguing that, "as the state takes more and more information from us - from where we drive to scans of our irises - we become commensurately weaker and more vulnerable."

But there is another issue, just as profound, to which the egregious Edmund King gives the clue when he refers to "uninsured motorists who are responsible for many hit and run accidents and rising premiums," seeing the latest assault on our privacy as an answer to this ill.

For sure, there is a growing problem with uninsured drivers, as recorded by the Motor Insurers Bureau which deals with claims for compensation arising from accidents involving uninsured drivers. The MIB was established in 1946 and in its first year of operation paid compensation totalling just £11,500. In 2003 (the last year for which accounts are available) it paid out £238 million, and estimates that there are 1.25 million uninsured drivers on Britain's roads.

To pay for this, law abiding drivers are levied in the order of £30 on every motor insurance policy in an attempt to cover the cost of uninsured claims but, in addition to the latest impost, the problem has spawned increasingly draconian controls, not least a new section in the Road Traffic Act 1988 which empowers the police to seize uninsured vehicles, and those driven without a valid driving licence.

What is not addressed, though, are the reasons why so many drivers are uninsured, not least of which is the very fact that insurance is now so expensive, especially for young people – who are most likely to be without insurance. Many also drive uninsured because they are amongst the million or so on the road without a valid driving license, and much of the reason for that amounts to the same thing – getting a license now is so expensive that it has almost become the exclusive province of middle-class kids. 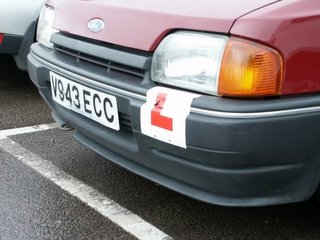 Turning the whole thing on its head, we could address the problem in more imaginative ways. For instance, we could follow practice in the United States, where driving is considered to be a necessary life skill, and students are taught how to drive as part of their High School curriculum. This would have the added advantage of incentivising kids to stay on at school.

On the matter of insurance, it would be relatively easy, say, to include third-party insurance as a levy on petrol sales, which would mean that payments would roughly reflect the miles driven and the size of car. Those wanting fully comprehensive insurance, would, of course, take out specific policies. At a stroke, the crime of driving without insurance would cease to exist – saving thousands of hours of police and court time.

If that is too radical, perhaps the industry could subsidise young drivers, in the three years before they built up their no claims bonuses. Since we already pay a levy for uninsured drivers, it might be better paying part of that towards getting young drivers into the system and keeping them there.

The point, of course, is that current thinking is all negative. First you have a legal requirement for insurance, then you rack up the requirements and expense and then, when an increasing number of people opt out of the system, you make the enforcement system progressively more draconian and intrusive, reinforcing the cycle where more and more people opt out.

This is the mindset that pervades the EU regulatory apparatus, to the extent that, in time, they will have every car fitted with a Galileo receiver and transponder, so that "big brother" can keep track of every move we make.

And from all this, two further points emerge. Firstly, as long as the Whitehall and Brussels mindset are in such close harmony, it will be difficult getting any real understanding as to why we find rule from Brussels so objectionable. Secondly, when we do eventually leave the EU, it will make no great difference unless we also deal with the regulatory mindset.