They mean to do it 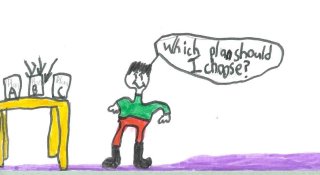 I suppose that, if you have no "plan B", then you have no option but to stick to "plan A", even if that means persevering with a constitution that has been overwhelmingly rejected by the French and Dutch people.

With signs that they aim to do just that already evident, the FT is reporting that Blair is leaping on the bandwagon, saying that "rebuilding confidence in EU will help revive constitution".

This is in the context, as we reported earlier, of the "colleagues" already starting to debate how to revive the moribund constitution, with the FT talking about Blair now setting out a programme to rebuild confidence in the EU, which he said was a condition for resurrecting the constitutional treaty.

This is the FT's "take" on Blair's speech to the EU parliament in Brussels yesterday – which none of the other papers thought to mention, possibly because the prime minister used the "insider code", declaring: "It was necessary to clear the budget but now we have got to return to the question of how to reconnect Europe properly with its citizens."

That Blair seems to thinks adding an unnecessary £7 billion to the UK taxpayer's bill is going to help the British "reconnect” with Europe defies logic but, nevertheless, EU politicians are now considering how the text - or parts of it - can be rescued.

Says the FT, Blair's comments summed up the new Brussels buzz phrase that what matters is "not the text but the context" of the constitution: in other words the EU needs to rebuild trust with voters before returning to its obsession with institutional reform.

One of the strategies, apparently floated by Merkel, is to add a declaration to the treaty highlighting the EU's commitment to social values, in an effort to reassure voters in France. This was done to satisfy the Danes at Maastricht and the Irish at Nice and, although declarations are non-binding and do not affect treaty provisions, it worked on both occasions.

Maybe, the trick will work again, and provide the mercurial French voters – who will be rejoicing in a new president by mid-2007 – with the excuse to go with le projet, but I suspect the Dutch will be a harder nut to crack.

However, there can be no doubt that the "colleagues" aim to resuscitate the ratification process and, if they are successful in squaring up the current refusniks, Britain could once again be facing a referendum. It looks like this site is back in business.