The Osthoff saga goes on and on 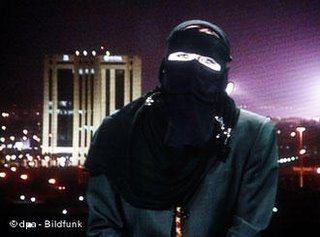 It seems odd to think that there was a time when we did not have the archaeologist or aid worker (take your pick) Susanne Osthoff to entertain us. The story has reached Advent Calendar proportions: you open a window each day and there is something new and improbable there.

Having annoyed the German media (with some left-wing exceptions) by giving her first interview to Al-Jazeera, by refusing to return to Germany without specifying where she might be going next, and by not getting in touch with her family, Ms Osthoff has now given an interview to the German public television ZDF.

It is unlikely that this interview will reverse German feelings towards the good will she had garnered while in the hands of the kidnappers.

In the first place, she appeared in a yashmak, that is a veil that hides everything except the eyes. No doubt, this is a sign to Arab women that they should not even try to fight for their freedom, as spoilt westerners like Ms Osthoff will not support them.

Secondly, she seems to have changed her story. On Al-Jazeera she explained that she had been kidnapped by poor Sunni Arabs from the Triangle near Baghdad, who, being unable to kidnap Americans, have to make do with Europeans like her in order to get humanitarian help.

On ZDF she said that it was a group connected with Zarqawi that had kidnapped her and released her for reasons she is still unable or unwilling to explain, though the German media appears to assume that a ransom had been paid.

Reuter’s ends its piece with the following purely factual but somewhat tongue-in-cheek comments:

“ZDF broadcast excerpts from the interview, in which Osthoff gives few direct answers and digresses at length. She ended by thanking former Chancellor Gerhard Schroeder, who made a televised appeal for her release, but pointedly declined to thank her sister who did the same.”

I wonder what will be in tomorrow’s window. Oh, and by the way, where is that driver?