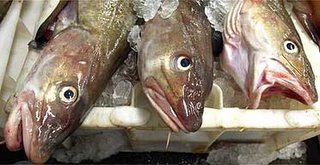 It is a cruel irony that the last formal EU ministers' meeting of the year is the fisheries council, at which the fate of fishermen throughout the EU – but especially in the UK – is decided for the coming year.

The cruelty comes because it is the time at which the crucial decisions on quotas for the coming year are made, under the Common Fisheries Policy – a policy which is not only morally but also technically bankrupt – invariably bringing woe to hard-pressed fishermen, just at a time when everyone else is preparing for the Christmas festivities.

And, as has so often been the case, there is no Christmas cheer this year for those brave men who harvest our seas. The Council, for the last two days has been haggling over the proposals put by Malta commissioner Joe Borg which yet again will cut the amount of fish they can catch and make their livelihoods that much more difficult and perilous.

Nevertheless, reports of the Brussels bean-fest vary, the relatively neutral and dispassionate (in this case) Reuters, telling us that the “EU fisheries ministers2 have struck a "compromise deal" on the quota, but nevertheless conveying the Brussels' spin that this is to "prevent overfished species like cod disappearing from European waters."

They report, factually enough, that despite advice from scientists for a blanket ban on cod fishing in areas like the North Sea and western Scottish waters, the ministers have agreed to average cuts of 15 percent, retailing that the commission "was forced to offer slight increases in its initial catch proposals" along with a few seasonal closures of waters.

Behind what passes for neutral reporting, however, lies not only the scandal of a bankrupt policy but the fruits of an obsession with protecting one species in a mixed fishery, cod – which means, as Reuters puts it, target species like haddock and monkfish will also be limited in the days they may spend at sea. This is supposedly to "stop them picking up too much cod by accident", with reductions ranging from 5 to 10 percent in the number of permitted days per year.

Most of the papers also retail this news, typically the Financial Times, although it too conveys some good news that there is to be a 30 percent increase in North Sea prawn quotas, although the fishery could almost certainly take a bigger catch without harm.

Our own fisheries minister, Ben Bradshaw, chaired the meeting and, we are told, "fiercely opposed the plans for cuts," arguing that the British fishing fleet has undergone much more stringent cuts in the past several years than the fleets of other nations. But, like the good boy he is, after the ritual protests, he knuckled down to the compromise on which those great fishing nations like Austria, Hungary and Luxembourg had a vote.

Thus, the British white fish trawler fleet (most of it Scottish), which has already reduced its catching effort by 62 percent since 2000, has taken another hit, leaving Bradshaw to bleat helplessly that "a balance had been struck between the needs of conservation and the survival of traditional fishing communities." 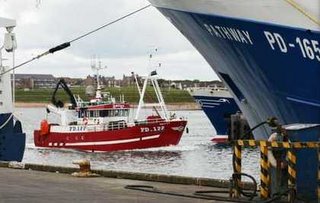 Scotland's equally powerless fisheries minister, Ross Finnie, went even further, deciding that it was a "successful package", saying that a 13 percent cut in the haddock quota was a "significant improvement" on earlier proposals for a 41 percent cut. And by such "success" in Brussels measured – when your industry is dying on its feet, the "colleagues" decide to kill it off slightly more slowly than they had at first proposed.

Where the obscenity comes in of course is that the commission, guided by the International Council for the Exploration of the Sea, totally obsessed with declining stocks of cod and convinced that all ills stem from overfishing, heedless of the fact that haddock stocks, which share the same habitat, are plentiful and increasing.

And, caught up in that obsession, when it comes to controls, they are a one trick horse, imposing over the years, cuts more cuts, even more cuts and then more cuts on top of those. Yet this is all to protect a species that an increasing number of scientists are arguing have been affected by changes in water temperature and plankton distribution – the two being closely related – and entirely unrelated to fishing effort.

Thus, not only is cod fishing cut back, but all the other species that inhabit the same waters, ostensibly to avoid bycatch – fish caught that were not the intended targets. In the North Sea, says the Royal Society for the Protection of Birds, vessels fishing prawns, plaice and sole are estimated to account for as much as 40 percent of the total catch of cod in these waters.

But that is no longer true. The prawn catches, with specialised separator panels, are virtually clean and fishing technology has developed to the extent that it is easily possible to target haddock without materially affecting the cod stocks. And, with the larger mesh sizes that are used in other fisheries, and carefully selected closures during spawning – such as New England – immature catches can be minimised. But none of these options have been taken up by the commission.

For that, the commission should be cursed but, according to the Guardian, "fishing leaders" have accepted that the deal struck on fishing quotas was "as good as they were likely to get". This is Mike Park, chairman of the Scottish White Fish Producers' Association, who plays a political game and does not want to upset his political masters. 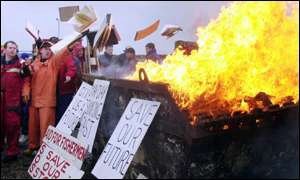 Working fishermen, however, told The Scotsman a different tale. John Buchan, skipper of the Peterhead trawler Fairline, who led the Scottish white-fish fleet's historic tie-up protest against the cod-recovery plan four years ago, was "disgusted". He claimed that British fisheries ministers had delivered the worst possible deal for the industry - and for the conservation of fish stocks. He forecasts that the cuts in haddock quotas would leave Scottish fishermen with no choice next year but to dump haddock and even cod overboard to stay within the law.

We now have a situation, he added, where the haddock stock is at a 30-year high, while we have an all-time low in the haddock quota. That is a huge imbalance which is going to result in a huge amount of haddock, and even cod, being dumped at sea.
Independent

Predictably, The Independent homes in on the anger of the environmentalists, who are accusing fisheries ministers of “pronouncing a death sentence on North Sea cod”, by failing to demand total closures of the fishery.

The environmental group WWF said: "EU Fisheries Ministers have effectively written off cod in the North Sea," with Charlotte Mogensen, a fisheries policy officer with the WWF, saying: "It makes no sense to allow fishing on a stock which has collapsed. It is clear that cod has no chance of recovering and this is just the first of many fish stocks we are losing because of the mismanagement of European fisheries." This woman’s grasp of fisheries management is about as good as that of the commission – i.e., abysmal – especially as they too are locked into the myth of “overfishing”.

Charles Clover in The Telegraph to repeats the refrain under a headline, “Cuts to cod quotas 'avoiding reality'”, adding that fishermen also face a five percent reduction in the current maximum 180 days a year EU vessels can go to sea.

But then he sort of makes up for it in an opinion piece which goes some way towards redressing the omissions of his earlier story, when he somehow forgot to acknowledge his sources.

Clover, having learnt something about fishing, argues that the core problem of the CFP is the way that the policy is set up to "balance the needs of the fishing industry and the marine environment". It is an impossible task, he writes, as the health of one depends on the health of the other. To look after the fishermen, you must look after the fish - not gamble further with biology.

The ministers playing around with quota figures he calls "irresponsible" and reminds us that, outside the world of EU fisheries councils, things are changing. In the United States, where New England's waters are just as overfished as ours, the Americans appear, after 10 years of effort, finally to be doing things right.

A combination of closed areas - 8,000 square miles in size - and the use of 6.5in mesh (compared with about 4in in Europe) has led to a strong revival of haddock, scallops, redfish and yellowtail flounder - but not yet the cod. 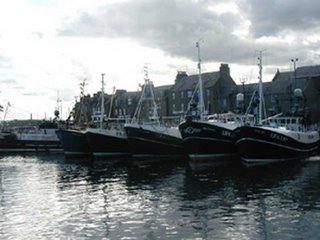 We in Europe, he adds, should be doing what the Americans have done, and quickly - as Owen Paterson, the former Tory fisheries spokesman, said in an excellent Green Paper on fisheries, then concluding that he hopes that aim will remain the Tories' campaigning position now Paterson has moved on. David Cameron, he declares, should grasp that fisheries are one of his big chances to connect with food-buying Tory voters - not the fishing lobby, who seldom vote Tory anyway.

And there we are. Forget the BBC as a rational contributor, which constantly churns out the same irrelevant drivel. Just latch on to the single fact that the troubles in EU member state waters are down to one thing and one thing alone – bad management. And the managers are the EU commission, advised by scientists who do not know which way is up.

Let the environmentalists bleat – and ignore them. This is a political problem, and only politics are going to solve it – or continue the destruction.

Email ThisBlogThis!Share to TwitterShare to FacebookShare to Pinterest
Labels: fish