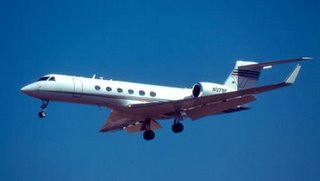 For all the Euro-luvvies waxing indignant about the CIA “rendition” flights, just read this in the Sunday Telegraph.

According to a previously unpublished document, the EU agreed to give America access to facilities for their so-called “secret flights - presumably airports - in confidential talks in Athens during which the war on terror was discussed, the original minutes show. But all references to the agreement were deleted from the record before it was published.