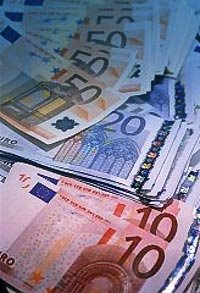 For months now, we have been watching two parallel soap-operas – the WTO talks and the EU budget, both of which revolve round that central issue, the inviolability of "farm subsidies", and the refusal of the EU to give ground.

In this, we see an organisation which is absolutely wedded to the concept of subsidies, and will defend them to the hilt. Yet, here is this same organisation which is now complaining that its member state governments are still not heeding its calls to cut state subsidies to business, or so says the EU Commission.

It seems that Malta, Cyprus and Poland - all recent EU entrants - top the list of aid payers, but Portugal, Sweden and Germany are also high on the list. Germany gives the most state support in quantitative terms, a cool €17 billion, while France doshes out €9 billion and Italy €7 billion.

But it would be wrong to run away with the idea that the EU is suddenly against subsidies. Barroso is holding out for the most he can get out of the EU budget settlement, not least so that he can dole out even more largesse. Since, as we all know, power follows the money, it is not subsidies, per se, the commission is against – it is state subsidies. In other words, when it comes to doshing out the money, the commission is saying that this is its job.