Good news from the Met 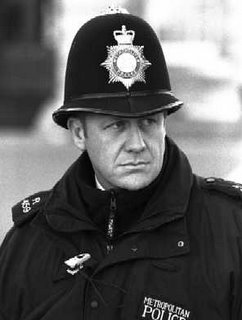 It seems that the Met (or the MPS as it likes to be called) is finally beginning to hear something they have been told for years: the public (who pays the Met's vast bill, incidentally) wants police officers on the streets and wants them out there singly, not engaged in deep discussion with their mates.

This idea is now being discussed and has, even, been implemented in one or two places. There will not be bobbies on the beat because they probably will not have a beat. The whole exercise will be called "proximity patrolling", because the officers will be patrolling singly on different sides of the street.

Three interesting points have arisen. Firstly, the younger officers are very uneasy or, if you like, plain scared at the idea; secondly, most of London and its people are now viewed by the police as being dangerous, with a few safe areas, as opposed to the opinion held even twenty years ago; and thirdly, well, let Commander Bob Broadhurst put matters into context:

“I think people will want to see officers patrolling singly more often, partly because it will send a message that the streets are safe if officers are happy to go out on their own.”

A strangely topsy-turvy view of policing and its aims.

You can read a more detailed posting on OneLondon.