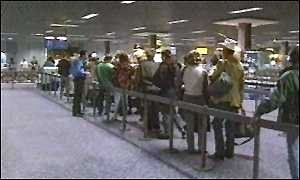 Despite the express and implicit wishes of what is probably a considerable majority of the British population that mass immigration should be curtailed, the influx of migrant workers is so economically advantageous for Gordon Brown and his NuLab colleagues that it is unsurprising that popular sentiment has gone unheeded.

Crucially, a constant supply of workers prepared to accept low wages has had the important effect of suppressing inflationary wage pressures. This effect has been aided by the influx of cheap imports from China and other developed countries, keeping the price of staple goods like clothing down. It has also been bolstered by improvements in technology and manufacturing techniques which have reduced of the price of a wide range of electrical and electronic goods.

These three anti-inflationary pressures combined have served to blunt the effects of the chancellor's increased taxes and have thus contributed to the continuing "feel-good" factor amongst voters, which have been instrumental in keeping the Labour government in power.

However, according to the Financial Times, citing official figures, the boost to the economy from immigration, and the popularity that brings, may soon be neutralised by the rise in the number of people claiming unemployment benefit.

This figure rose in November rose for the 10th month in succession to 902,000, the longest stretch of increases for almost 13 years. More worryingly, the unemployment rate, regarded internationally as the best guide to the jobs market, rose to 4.9 percent, the highest level since 2003. 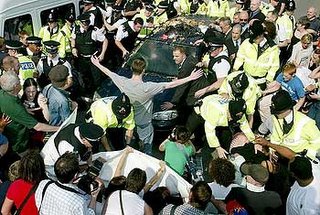 Although still half the jobless rate of big European competitors such as France and Germany, this rising unemployment could prompt a backlash against migrant workers, if they become stigmatised for under-cutting wages and "stealing the jobs the jobs" of native Britons. Potential victims could include existing minority ethnic communities which already suffer unemployment rates much higher than the national average.

Particular targets for popular ire might be the recent migrant workers from eastern European countries such as Poland, Latvia and Lithuania. Almost 300,000 east Europeans have applied to work in Britain since May last year, and the real numbers are likely to be much higher as official figures record only migrant workers willing to pay the £70 registration fee.

The backlash may be intensified by other factors, such as one instanced by a report in yesterday’s Times, which retailed how the number of EU students enrolling in British universities is expected to jump by an astonishing 75,000 over the next two years. 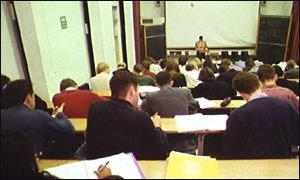 These new arrivals are not "overseas" students, who are coveted by bursars because they pay up to five times the fees demanded of domestic students, but will come with the same rights to interest-free loans and deferred repayments that British students enjoy.

This predicted influx is prompting concern that domestic students may be turned down by top universities in favour of applicants from elsewhere in the EU, who are often better educated than their British rivals, leading to complaints from potential students that they have been "frozen out" by immigrants, subsidised by the British taxpayer.

But a more immediate bone of contention is highlighted by the The Daily Telegraph, which reports that Labour has presided over a 60 percent increase in house building on Green Belt land since 1997, while the paper’s leader attributes this erosion to immigration.

The landscape of much of the south of England, it says, has been ruined. What were until recently isolated villages are now part of a Greater London, a more-or-less continuous metropolis spreading across the Home Counties. Bluebell groves have disappeared under Tarmac and Chestnut coppices have been cleared to make space for "homes for keyworkers".

This thesis was emphasised by home affairs editor Philip Johnston, who tells us that last year, 2004, saw the highest net migration on record, with an inflow of 223,000 - 72,000 more than the previous year, largely as a result of the EU's expansion. Yet, when Labour took office in 1997 net migration was about 50,000 a year.

But it is not only migrants from EU countries that are having an effect, as is recorded by The Daily Telegraph a few days ago when it published a story on how Indian workers were "slashing" IT wages. 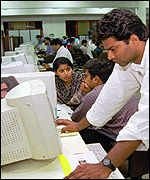 It seems that Indian technology workers are flooding the UK on temporary permits, undercutting local wages and raising the prospect of a homegrown skills shortage, according to the Association for Technology Staffing Companies. ATSCo chief executive Ann Swain said: "Wages are being undercut by companies bringing over Indian workers, who are put up in hostels and paid poorly."

Home Office immigration figures show that 21,448 foreign IT workers have been issued work permits this year, a 15 percent increase on 2004 and almost double the level five years ago. Of those, 85 percent now come from India, where an experienced software programmer receives £6,600 a year compared with £33,000 for his counterpart in the UK.

After paying their travel, permits and living expenses, the Indian workers are charged out to clients at around half the rate asked for a similarly home grown IT expert, a phenomenon known as "onshore offshoring".

Currently, this influx is managed by the British government but, under recent proposals, the EU wants to introduce a "Euro green card", which controls the influx of skilled workers from non EU countries. 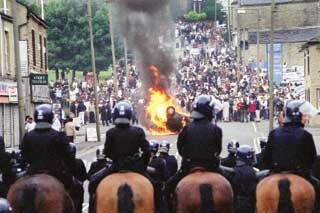 So far, immigration is not always seen in terms of the EU but, with the UK having taken migrants from the EU enlargement countries, with the EU exercising increasing control over our wider immigration policies and with the EU's "green card" initiative in place, this might change dramatically.

There is a possibility, therefore, that any backlash over immigration is also expressed in terms of a backlash against membership of the EU. On the other hand, activists may not make the connection but, if they do - and, given the powerful emotions that are often released when this issue hits the headlines - it could even be the "last straw" which eventually drives the UK out of the Union.