The distinct odour of rodent 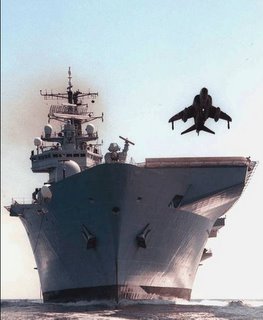 It could be a coincidence. Just as the commission is preparing to redefine the "essential interests" of member states, when it comes to awarding defence contracts to their own industries, up comes The Business reporting that Lord Drayson's review of the UK defence industry may be published as early as this Thursday.

Announced back in August, it was then described as a "sweeping review" of Britain's defence industry to determine what weapons technologies should be maintained in the UK and which can be ceded to foreign suppliers.

No prizes for guessing that the list of weapon technologies that the MoD is prepared to cede ends up looking exactly the same as the commission's list when it is published early next year.

The Business also tells us that Drayson’s review will herald ‘rigorous’ cuts, with some big-ticket programmes being scaled back. For other major projects, like the Joint Strike Fighter, we learn that no final decision has been made, but the new policy "is likely to be coloured by struggles with the US over transferring sensitive technologies to Britain for the Joint Strike Fighter."

Add another intriguing little snippet – that the review will also outline new plans to extend the life of existing assets such the ageing aircraft carriers HMS Invincible and Illustrious, and - on the back of the earlier reticence of Drayson to commit to a building date for the new super-carriers – it looks more and more like the carrier programme is about to be kicked into the long grass.

The Business remarks that the £3.5bn programme to design and build two new 65,000-ton aircraft carriers for the Royal Navy will be the first and biggest test of Drayson's partnership drive.

A plan detailing how the alliance to build them will work is seen as a central plank of Drayson's paper. Once agreed, the carrier alliance will form the blueprint for a wider grouping of naval shipbuilding firms that could lead to the formation of a new national champion in warship construction, dubbed "ShipCo".

However, without settling the Joint Strike Fighter question, it is difficult to see how the project can go ahead on anything like a definite time-scale – so we will wait with interest for the publication of the review. The nostrils are in hyper-twitch mode though, with the distinct odour of rodent in the air.