Where did all those jobs go? 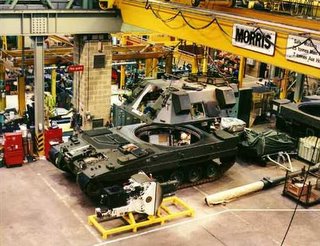 Reported on the BBC website, under the headline "Defence shake-up hits 1,900 jobs", we learn that the MoD has announced a “jobs shake-up”. It is to close down some of the operations run by the Defence Aviation Repair Agency's (DARA) and the Army engineering and repair service, ABRO.

DARA is to lose its fast-jet site in St Athan, south Wales, which will close with 500 job losses, and its engine maintenance business in Fleetlands, Hampshire, with the loss of 225 jobs.

But especially significant are the 1,226 jobs that are being axed from ABRO, not least from the units at Warminster, Wiltshire, which is to lose approximately 100 posts.

Now go back to October last year, when the MoD announced that it was to award the contract to build 5,200 trucks for the Army to MAN, the manufacture to be carried out by MAN Nutzfahrzeuge Österreich AG in Austria. No wonder the MAN website happily chirped that the contract "ensures a continuous workload for the Vienna plant and thus helps to safeguard jobs".

But one of the losers (and the favourite for the contract) was an Anglo-American consortium led by the Wisconsin-based Oshkosh Truck Corporation, maker of trucks for the US forces and supplier of tank transporters and wheeled tankers to the British Army.

Interestingly, one of Oshkosh's partners was ABRO, which was to have manufactured the cargo bodies for the trucks, installed ancillary equipment, performed final test and delivery functions, and provided through-life maintenance support.

If the truck contract had been won by Oshkosh, of the 600 British workers who would have been employed, ABRO would have secured approximately 100 posts, the majority of which would have been at their site in Warminster, Wiltshire.

Hey, never mind though. MAN Nutzfahrzeuge Österreich AG in Austria has "a continuous workload for the Vienna plant" which "thus helps to safeguard jobs" – Austrian jobs.