The march of integration 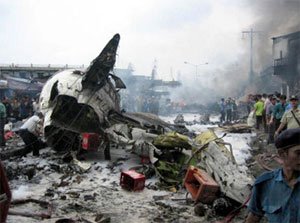 Our first instinct, when we started this blog, was to make a running commentary of all the developments in the EU, keeping our readers up to date with all the news emanating from Brussels.

We soon abandoned that idea, not least because of the weight of information, but also because of the repetitiveness and sheer tedium of much of the subject matter. That perhaps, as we have observed before, is the real genius of the EU – making vital subjects so utterly boring that no one takes any notice of them, leaving the officials to get on with their plans for integrating Europe, undisturbed by the glare of publicity and the scrutiny that comes with it.

Hats off, therefore, to the Spectator this week, therefore, which has given space to a long article by The Times European correspondent, Anthony Browne, who, under the heading, "Brussels bites back", reminds us that, while the French and Dutch "no" votes may have killed off the constitution, they certainly didn't kill off European integration.

Browne, who is not our favourite correspondent, nevertheless, does a competent job in picking up on recent actions by the EU to illustrate his thesis, starting with a fictional scenario whereby a crash in central London of Banana Republic Airlines Flight 101, which killed 453 people and created a swath of destruction across Islington.

This, he takes as the last straw which provokes Britain's withdrawal from the EU. "Few could understand," he writes, "how the judges in the European Court of Justice in Luxembourg had the power to overturn the secretary of state's ban on the airline for its poor safety record, giving it the right to enter UK airspace." He continues:

As the body-count mounted, not even the most ardent Europhiles wanted to justify the fact that a panel of unelected and unaccountable judges with no known expertise in aviation safety had the power to overrule the British government on banning airlines from flying into Britain. Public blame of the EU was sealed when it emerged that the reason no one could remember the British government handing over this power to the EU’s supreme court in Luxembourg was that ministers had never publicly announced it — no statement in Parliament, not even a press release. They had gone along with the usual EU method, agreeing things behind closed doors.

You may think I am making this up, but the only bit that’s not true — yet — is the accident. You won’t have read about it in the papers or heard it in Parliament, but the government has indeed agreed in principle to give up its final say on which airlines fly into Britain as part of a harmonised EU aviation-safety regime. The main part of the regime — which, an official admitted to me, involves a wholesale transfer of powers from the UK's Civil Aviation Authority to the European Aviation Safety Agency in Cologne — was announced last week by the European Commission. Whatever the merits of transferring control of aviation safety in Britain’s skies from London to Brussels, Luxembourg and Cologne — and they do exist — don’t expect to hear a debate about it. "It is very politically sensitive," one EU official told me.

Browne then continues with other recent examples of EU take-overs, many of which we have covered on the Blog, but the article still makes compelling reading. It is available online, from the link provided above, although free registration is required. It is worth the trouble if you have not already done so.