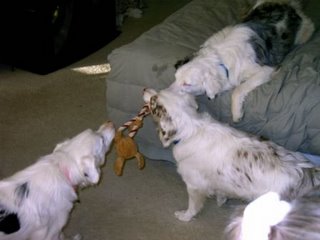 "Everyone is pulling in their own directions." So says Jaroslaw Pietras, the Polish minister for European affairs, at the end of yesterday's first formal negotiations on the EU budget since the rancorous June European Council meeting.

"We cannot see any package emerging from today's discussions," Pietras added, underlining what little Jack Straw – who chaired the talks – describes as "the intense difficulty of securing a compromise by December".

With touching naivety, Graham Bowley of the International Herald Tribune reports that an agreement would go a long way toward repairing the spirit of co-operation that was damaged by the breakdown of the June meeting. Any deal, Bowley continues, would also illustrate the political lessons drawn from the referendums in France and the Netherlands in May and June.

Needless to say, the definition of "co-operation" in the Community lexicon is "give and take", as further defined by France, meaning "you give and we take". While their capital burns – or, at least, a goodly number of cars and buildings – the French continue to resist any cuts spending on farm support, while demanding that Britain gives up its rebate.

Meanwhile, Straw bleats away, telling assembled reporters that, "We made it clear there will have to be significant changes in levels of overall spending of the EU and in the structure of funding compared to what was on the table in June if there is going to be a deal in December."

In other words, there ain't going to be a deal – not until Tony Blair and his less than merry men manage to cobble together a formula that gives France what it wants, while making the deal looking acceptable to the British public. And that is not going to be easy. There are far too many people watching, ready to cry foul.

It looks like Finland, which is next in the hot seat of the EU presidency, is going to have to make the running.