Freedom of the net is safe - for the time being 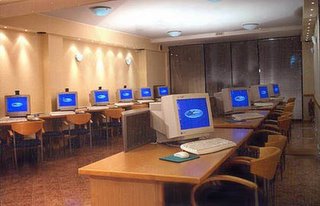 The outcome of the Internet Governance summit in Tunis was a compromise. Luckily for all users of the net, it was a compromise that left the management and administration of the Domain Name System in the hands of ICANN. This organization, though non-profit-making, international in its board and staff, and not heavy-handed in its control, seems to have acquired the aspect of the devil incarnate as far as the opposition to “American control of the net” is concerned.

The agreement in Tunis calls on the UN to establish an Internet Governance Forum next year. One hundred countries have signed up to the agreement and expect the Forum eventually to yield some kind of an international bureaucracy to plague the net users, whether they be big business or individual bloggers.

So far, the forum, according to the agreement,

“would have no oversight function and would not replace existing arrangements, mechanisms, institutions and organizations”.

“would have no involvement in day-to-day or technical operations of the Internet”.

This, as the Wall Street Journal Europe points out, is a victory for the American negotiators, supported as they were by certain allies, such as Canada and Australia. Britain, alas, as a member of the EU, who negotiated on our behalf, was on the side of the unholy alliance of tranzi regulators and tyrannical dictators, such as the Iranian mullahs, the Chinese party gerontocracy and, among others, President Mugabe. A truly wonderful line-up.

What will the new forum be doing, assuming it will get past the inevitable international squabbles and behind-the-scene negotiations?

“As little as possible, one would hope. It would be most useful as a means of co-ordinating efforts to address such cyber crimes as e-mail fraud (also known as “phishing”) and cyber annoyances like spam.”

As the forum will be under UN auspices, it seems unlikely that there will ever be a remotely useful activity along the lines outlined above.

“Beyond that, it’s difficult to see how the forum differs significantly from ICANN’s existing Governmental Advisory Committee other than operating under the UN’s auspices. In this some participants – notably, the European Union – are inclined to see the birth of an entity that will evolve into ICANN’s successor.

Others, led by the US, are confident that a forum envisioned in Tunis as “lightweight and decentralized” will remain so. Businesses and other parties interested in a red-tape-free Internet must be vigilant to prevent the scenario preferred by Europeans from becoming reality.”

Indeed so. According to Deutsche Welle

“The agreement would lead to "further internationalization of Internet governance, and enhanced intergovernmental cooperation to this end," wrote the European Union in a statement.

"In the short term, US oversight is not immediately challenged," an EU source told Reuters. "But in the long term they are under obligation to negotiate with all the states about the future and evolution of Internet governance."”

In other words, they have not given up. Deutsche Welle itself snarls about “United States' single-handed control over the private body known as the Internet Corporation for Assigned Names and Numbers (ICANN)”. Curiously, they omit to mention that no less a person than SecGen Kofi Annan, a man usually quoted with reverence by the European media, described the present arrangements as performing “fairly and adequately”.

And what has that to do with anything? What matters is that it should not be in American or more or less American hands. The Hamburger Abendblatt put it fatuously but threateningly:

“A world wide web should also be in the world's control -- not the only world power. The decision of what really happens in the Internet continues to be made by ICANN. It won't be long before the problem is once again on the agenda of a world summit.”

Well, we have all been warned. As abolitionist, orator and journalist Wendell Philips said: “Eternal vigilance is the price of liberty.” And that was before the United Nations or the European Union had even been heard of.