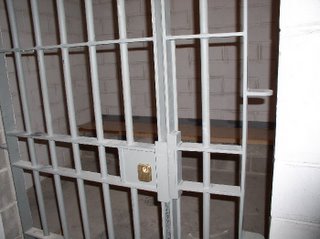 There has been an interesting development in the saga of criminal penalties applicable to EU law.

Readers will recall the furore last September when the ECJ overturned a Council framework decision on this issue, specifically who had authority to dictate penalties relating to environmental law.

Widely misunderstood by the hacks at the time – many of whom believed that the EU had suddenly acquired powers to send people to jail, this – as we pointed out – was actually a turf war. The Council had decided it could determine criminal penalty levels under the judicial co-operation provisions of the Maastricht Treaty, as amended – the so-called "third pillar" provisions - while the commission disagreed.

Instead, the commission argued that, where the policy areas came within the competences of the Treaty, and the application of criminal law was necessary to ensure the effective implementation of laws made within those policy areas, then the "first pillar" legislative procedures should be used, with the commission maintaining its exclusive right to make proposals.

With the ECJ having agreed with the commission, officials have gone back through previous Council decisions relating to criminal penalties and, tomorrow, the commission will unveil a “communication (as yet unnumbered) pointing out that other areas of community law are affected as well. In these areas, it further asserts that the Council's decisions are made "on the wrong legal basis" and thus intends to issue proposals to remedy the situation.

Issues the commission believes require remedial treatment include criminal penalties and sanctions against counterfeiting in connection with the euro, "combating fraud and counterfeiting of non-cash means of payment", money laundering, assisting illegal immigration, corruption in the private sector, attacks against information systems and ship-source pollution.

No doubt, following the official publication of the commission’s proposals tomorrow, there may be much media outrage at the fact that the Community is specifying penalties in these areas at all. If nothing else, this will help to underline how much of our government – including the definition of specific offences and the determination of the type of penalties that should be applied.

But, as before, in practical terms, nothing much has changed. The principle has long been accepted. All this is about is whether the Council on its own, or the commission proposing to the Council (and EU parliament), can decide on these issues. And, in the final analysis, if the Council – and/or the parliament for that matter – does not like the commission's proposals, either can reject them.

Nevertheless, it is fascinating to watch the power-play at work and, as we noted earlier, this time the commission has succeeded in taming the unilateralist tendencies of the Council. So the battle continues.