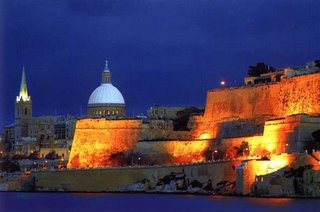 It seems we have good company as far as general disillusionment with the EU goes. According to Reuters, Malta is qualifying for membership of this once exclusive club, with "euphoria" waning as the EU struggles to approve a budget and poorer new members face having to share the cost of enlargement.

Prime minister Lawrence Gonzi says his country still stood by the sacrifices it made to qualify and was benefiting from millions of euros of annual aid but the joy of joining had yielded to a realisation that the proposed EU constitution was in limbo and that the budget was in deadlock.

Another factor which might even turn disillusionment into cynicism and even downright hostility is the extraordinary news that, according to Malta Today, Gonzi’s National Party has been awarded a major €565,000 contract from the EU for providing a daily press review to the Commission representation in Malta.

Incredibly, the EU commission is claiming there is no "situation of conflict of interest", even though the press review is prepared by the in-house research bureau, which also provides the party with its own press review every day.

The contract won by Media.Link Communications, which is owned by the PN. Deputy prime minister Tonio Borg, is both a nominal shareholder and a director of the company. A direct UK equivalent would be the commission awarding the contract to a press company owned by the Labour Party, with John Prescott as a director.

Nevertheless, a spokesperson for the fragrant Margot, Mikolaj Dowgielewicz, insists that, "The fact that a tenderer was owned by a political party was not considered to be a situation of conflict of interests as defined in the tender specifications."

So that's all right then.