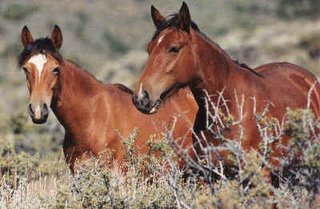 In The Business today, Bill Jamieson – former economics editor for The Sunday Telegraph when it was still a newspaper – writes an analysis of the current status of the euro, described as "a truly damaged currency".

He opens his piece by highlighting the massive US trade gap of $66bn (£37bn, E55bn), up from $59bn a month ago which, he writes, should have sent the US dollar crashing. But, instead, the dollar rose and the euro fell to a two-year low. Its latest bout of weakness, the euro has lost two percent on the week, taking its fall against the dollar since August to 5 percent and the plunge from its December 2004 highs to a numbing 14 percent, taking it once again below its 1999 launch level.

Jamieson then offers his reasons for the “plunge”, some of which are quite familiar to readers of this Blog. But he also points out that higher US short-term interest rates – now at four percent against the euro zone’s two – have made the dollar all the more appealing.

This, adds Jamieson, is creating a growing crisis over the credibility of the ECB. It is struggling to balance the inflationary risk from a weakening currency, which dictates a rise in interest rates, against pressure from the French finance minister who argues that a hike now would be highly unwelcome and difficult to sell to French businesses and households. Nor indeed would Germany welcome a rise that might damage what is already a frail recovery.

Jamieson cites Stephen Lewis, economist with London-based Monument Securities, saying that "…the longer the ECB delays in raising interest rates, the stronger will be the impression of disunity in its decision-making and possibly the belief that it is yielding to political pressures."

Therein lies the dilemma inherent in the euro experiment ever since it started – what is necessary for the health of the currency is not what is acceptable to members. And, in attempting to ride two horses, the ECB risks falling off both.